Most of the rainfall last week was limited to northern and northeastern Brazil with limited amounts across central and southern Brazil. Some dryness has developed across central Brazil especially in eastern Mato Grosso, Goias, and parts of Minas Gerais. The dryness is slowing the completion of the soybean planting and the germination of the latest planted soybeans. Farmers in the region are anxious that the forecast for improved chances of rain verifies.

The 2022/23 Brazil soybean crop was 69% planted as of late last week compared to 78% last year according to Ag Rural. This represents an advance of 12% for the week. The soybean planting in Mato Gross is most advanced at 96% with 79% of the soybeans planted in Parana. 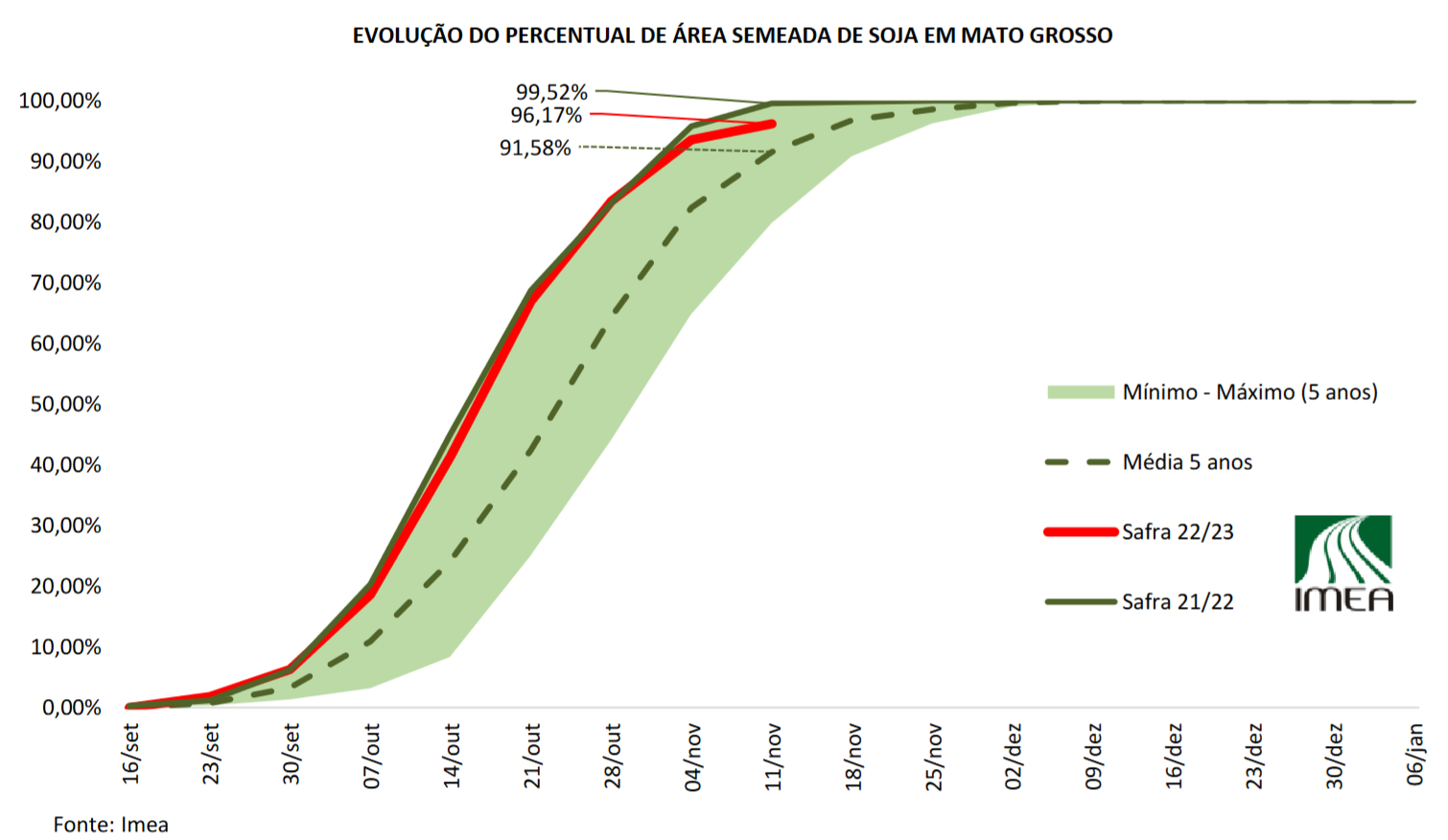 Rio Grande do Sul - The 2022/23 soybeans in Rio Grande do Sul were 17% planted as of late last week compared to 28% last year and 26% average according to Emater. This represents an advance of 12% for the week. The soybean planting pace in the state is slow because most of the soybeans are planted after the wheat is harvested and the wheat harvest has been slow this year.

As of late last week, the wheat harvest in Rio Grande do Sul was 37% compared to 71% last year and 80% average. This represented an advance of 25% for the previous week. Recent wet weather had slowed the early wheat harvest, but the additional moisture helped the final grain filling of the wheat.