Argentina's corn estimate was lowered due to lower yields from the earlier planted corn and lower acreage for the later planted corn. The weather in Argentina over the weekend was generally dry and the forecast is calling for scattered showers and warmer-than-normal temperatures.

The corn in Argentina was 83% planted late last week compared to 86.4% last year and 89.1% average. This represented an advance of 13% for the week. The main area left to plant is far northern Argentina where the corn is 25-30% planted. The corn planting window in Argentina closes about the end of January and there are still approximately 1.2 million hectares left to plant. The Buenos Aires Grain Exchange estimated last Thursday that approximately 200,000 hectares of corn will not be planted, which would be about 3% of the intended corn acreage. As with soybeans, farmers may try to plant their corn later than what is recommended if the weather would start improving by the end of January.

Below is the Argentine corn planting progress (black line) from the Buenos Aires Grain Exchange. 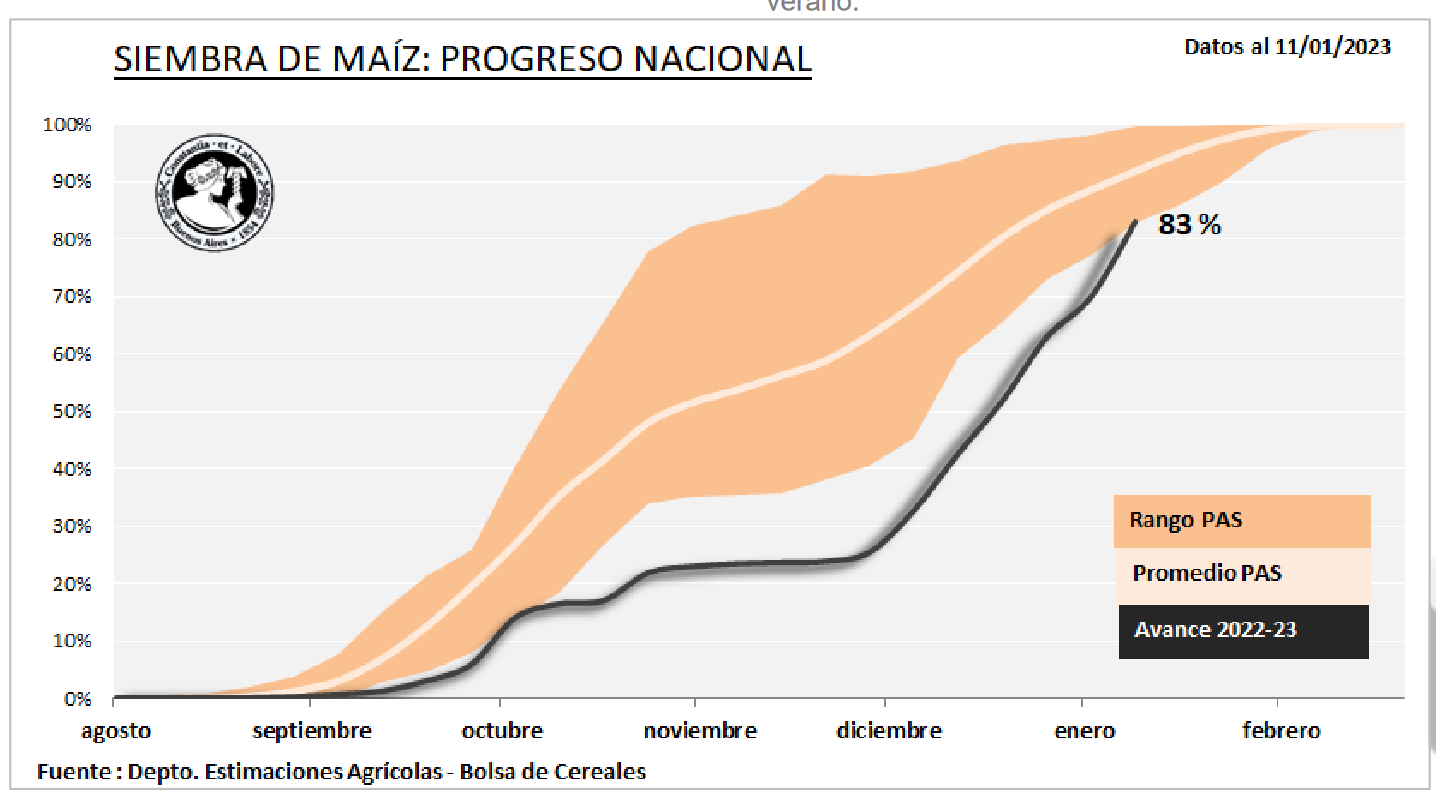 Below is the corn condition rating in Argentina from the Buenos Aires Grain Exchange for January 12, 2023. 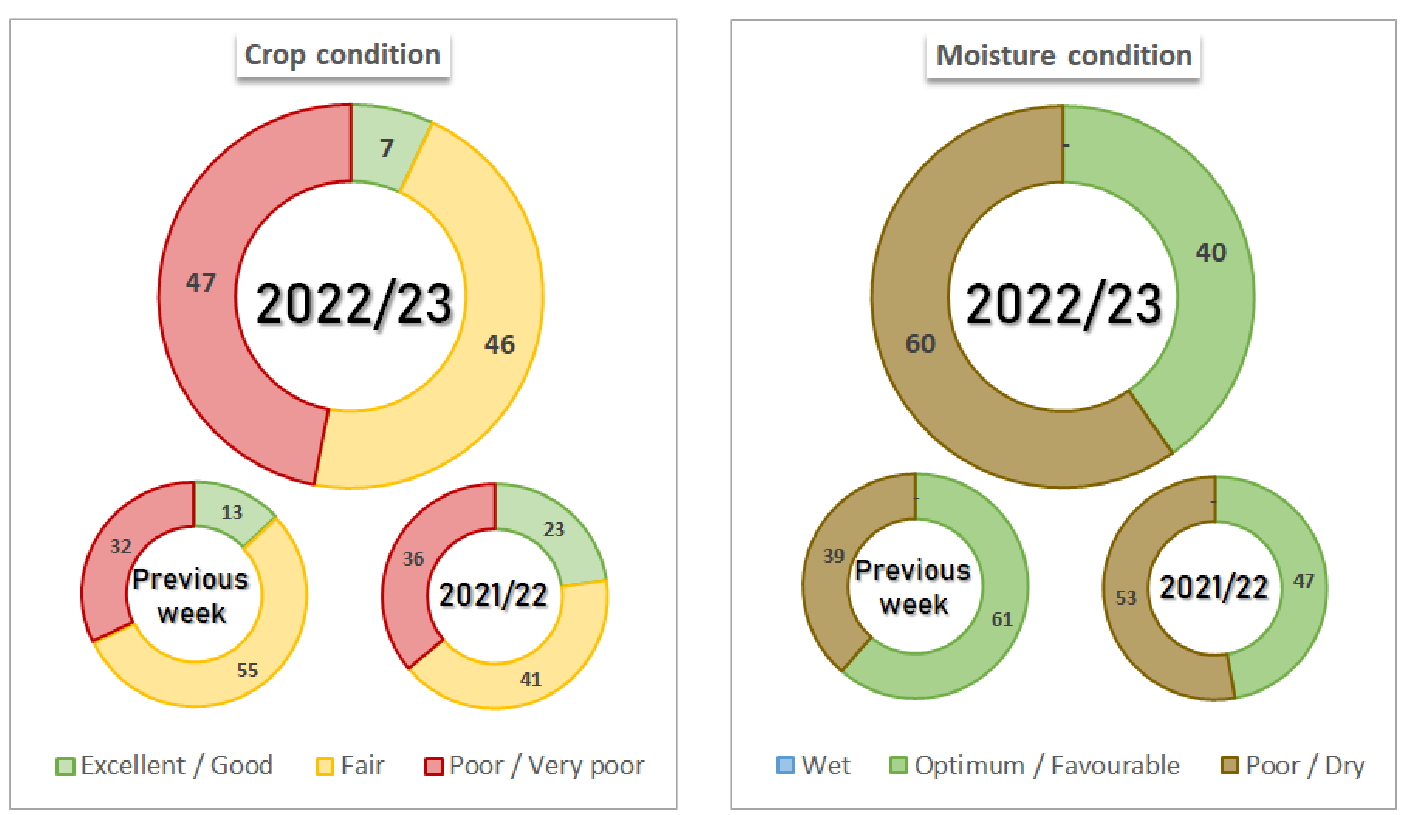