The soybeans in Brazil were 25% harvested late last week compared to 40% last year according to AgRural. This represents an advance of 10% for the week, but it is still well behind last year's pace.

Mato Grosso Soybeans - Farmers in Mato Grosso had harvested 52% of their soybeans as of late last week according to the Mato Grosso Institute of Agricultural Economics (Imea). This represented an advance of 17.6% for the week, which is a good week of harvesting. The harvest pace is catching up a little, but it is still 32% behind last year. 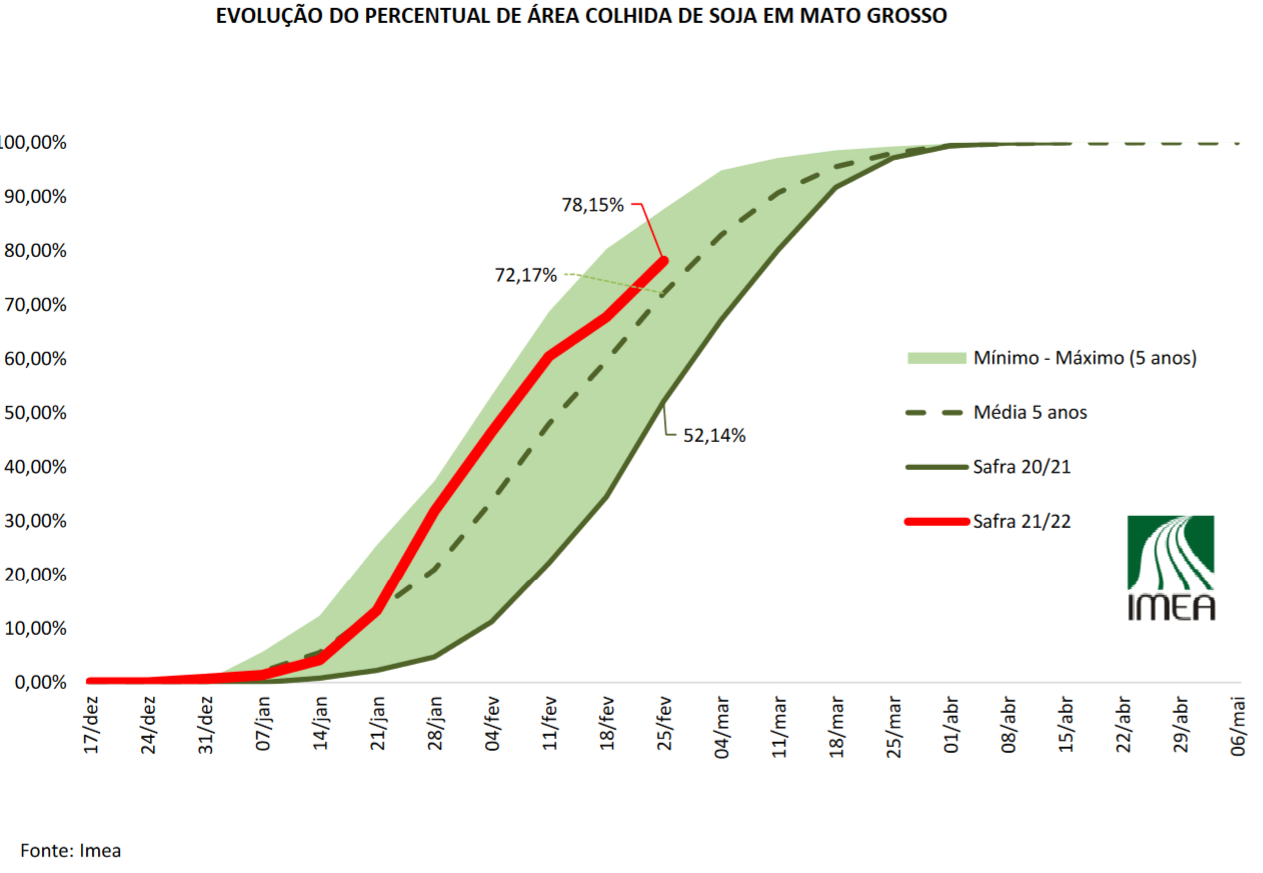 Parana Soybeans - Farmers in the state had harvested 8% of the 2020/21 soybeans as of earlier last week according to the Department of Rural Economics (Deral). Deral lowered their estimate of the state's soybean production to 20.3 million tons, which is down 2% from last year and down 1% from their initial estimate. They attributed the lower estimate to dry weather at the start of the growing season and excessive rainfall during January.

The lower production is being compensated for by higher prices. Soybeans last week in Parana were selling for R$ 152.14 per sack (approximately $12.80 per bushel). Last year at this time, the soybean price was R$ 79.00 per sack (approximately $6.65 per bushel). Farmers in the state have forward contracted 45% of their anticipated soybean production compared to 29% last year.

In the municipality of Guaira, which is located in northwestern Parana, early soybean yields have been disappointing. According to the President of the Rural Syndicate of Guaira/PR, the soybean planting was delayed by 40 days of dry weather at the beginning of the growing season. After a generally dry start to the growing season, rainfall during January was excessive resulting in pod abortion and increased disease pressure. The soybean harvest pace in the municipality will pick up in March.

Rio Grande do Sul Soybeans - The soybeans in the state are in the critical pod filling phase. Farmers were getting concerned because the weather has turned dryer in recent weeks, but the forecast is now calling for increased chances of rainfall across the central and northern parts of the state where the soybean production is concentrated. If those rains do develop, they will come just in time for the soybeans.