In the safrinha corn areas, the amounts were very small and the coverage spotty. Certainly the rainfall was not enough to make even a small dent in the overall dryer trend. The forecast now is for a return of dry weather from south-central Mato Grosso all the way south to southern Brazil. Therefore, I would now estimate that 50% or more of the safrinha corn is in various stages of moisture stress and unfortunately, the forecast looks dry.

The map below is the Brazilian National Water Agency's (Ana) latest assessment of the drought situation in south-central Brazil. This was the situation as of the end of March and it has gotten dryer since then. The state of Sao Paulo currently is the state most critically short on soil moisture (shown as the dark red area on the map).

This Drought Monitor Map from Ana (the Agencia National das Aguas) was released on April 19th and it shows the soil moisture situation as of the end of March. 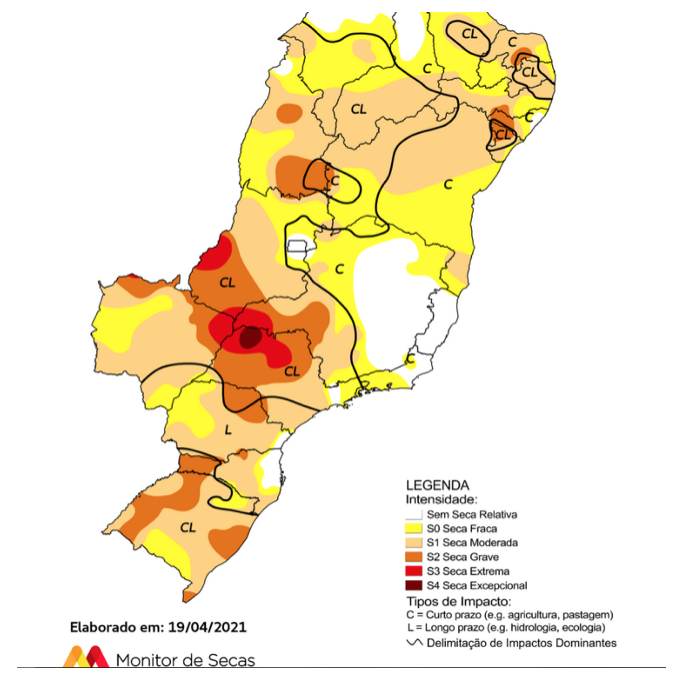