The concern in Brazil is the delayed planting of the safrinha corn. The safrinha corn was 39% planted late last week compared to 67% last year according to AgRural. The ideal planting window is now closed so the question is how late will farmers risk planting their corn and when will the summer rainy season end.

Therefore, 60% of the safrinha corn will be planted later than desired which will put it at risk of lower yields. The yields will be determined by the amount of rainfall during May-June-July when the corn will be pollinating and filling grain.

Mato Grosso Corn - Farmers in the state had planted 54.6% of their safrinha corn as of late last week compared to 92% last year according to the Mato Grosso Institute of Agricultural Economics (Imea). This represented an advance of 18.7% for the week, which is a good week, but they did not make up any ground compared to last year. 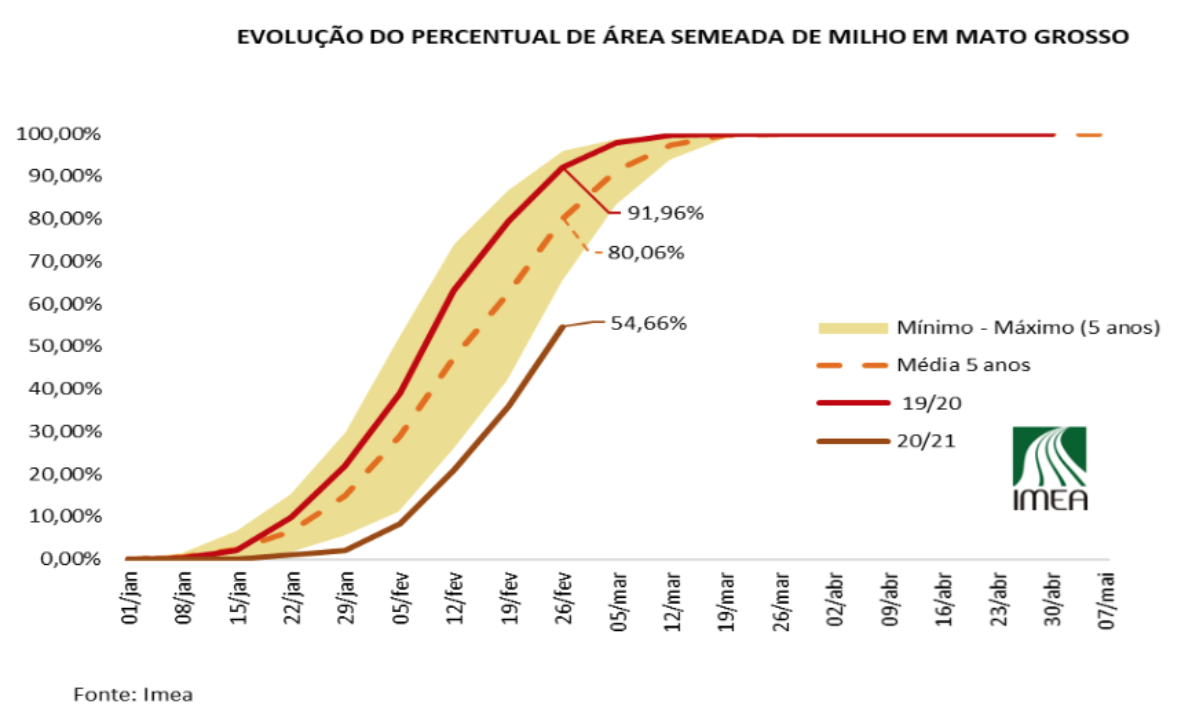 Parana Corn - The full-season corn in Parana was 34% harvested as of earlier last week according to the Department of Rural Economics (Deral). Deral estimates that the full-season corn crop will be 3.2 million tons, which is down 11% from last year.

The safrinha corn planting in Parana was 11% complete as of earlier last week, which is the slowest planting pace in 14 years. In fact, in the municipality of Guaira in northwestern Parana, it has not rained for about two weeks and farmers are worried about the dry conditions negatively impacting safrinha corn planting and emergence.

Rio Grande do Sul Corn - The full-season corn crop in Rio Grande do Sul was 48% harvested as of late last week according to Emater. Yields of the early planted corn are disappointing especially in the northern part of the state, which suffered from dry weather early in the growing season. Corn yields are expected to be better in other parts of the state especially for the later planted corn.

One of the harder hit areas was the municipality of Cruz Alta, which is located in the north-central part of the state. The early planted corn was impacted by drought during the pollination and grain filling period for the second year in a row.

Irrigated corn in the municipality did fine this year with yields in the range of 200 sacks per hectare (190 bu/ac), which is normal for irrigated corn.