Last week, there were rains in northern Brazil and in far southern Brazil with limited amounts across the central part of the country. The forecast for this week is calling for limited rainfall across central Brazil.

The soybeans in Brazil were 78% harvested as of late last week compared to 83% last year and 78% average according to AgRural. This represents an advance of 7% for the week. The first half of the soybean harvest was very delayed due to late planting and excessive rainfall at the start of the harvest. The second half of the harvest is progressing much faster and the forecast is calling for dryer weather, which should allow farmers to continue harvesting at a brisk pace. 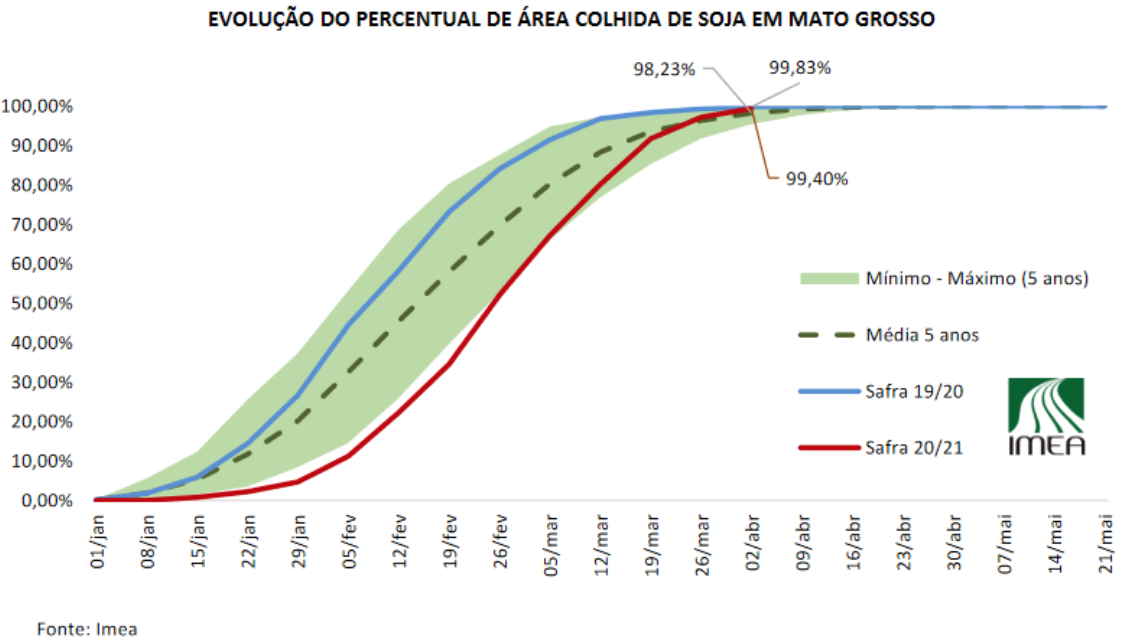 Parana Soybeans - Farmers in the state had harvested 88% of their soybeans as of earlier last week according to the Department of Rural Economics (Deral). The soybean harvest in the state should wrap up within the next few weeks.

Rio Grande do Sul Soybeans - Farmers in the state had harvested 27% of their soybeans as of late last week compared to 56% last year and 45% average according to Emater. This represents an advance of 17% for the week. The soybeans have benefited from improved weather over the last several weeks especially the later developing soybeans. Emater is now estimating the 2020/21 soybean crop at 20.2 million tons, which if verified, would put the state ahead of Parana and in second place in soybean production, trailing only the state of Mato Grosso.