The Brazilian Minister of Infrastructure announced late last week that the Brazilian Environmental Protection Agency (Ibama) issued their final approval for the construction of the Centre-West Integrated Railroad (Fico) after they agreed to proposed alternations. The 380-kilometer railroad will link the city of Mara Rosa in central Goias with the city of Agua Boa in eastern Mato Grosso. The Minister indicated that construction should start in the next few months.

At the city of Mara Rosa, Fico will connect to Brazil's North-South Railroad allowing the grain to head north to the Port of Sao Luis on Brazil's northern Atlantic Coast. In the future, Fico could extend eastward to the central Atlantic Coast port of Ilheus in the state of Bahia. To the west, Fico is expected to extend westward past the city of Agua Boa to the city of Lucas do Rio Verde in central Mato Grosso. Eventually, Fico could offer an east-west rail line through central Brazil that is currently not available.

This first extension of the Fico Railroad will be constructed by the company Vale who is investing R$ 2.7 billion in the project.

The first extension of the Fico railroad from Goias to Mato Grosso will give producers in eastern Mato Grosso their first opportunity of shipping their grain via rail instead of more expensive truck transportation. Grain production in eastern Mato Grosso has been growing rapidly as ranchers/farmers convert some of the pastures to row crop production. The map below shows the 380-kilometer Fico Railroad in central Brazil. 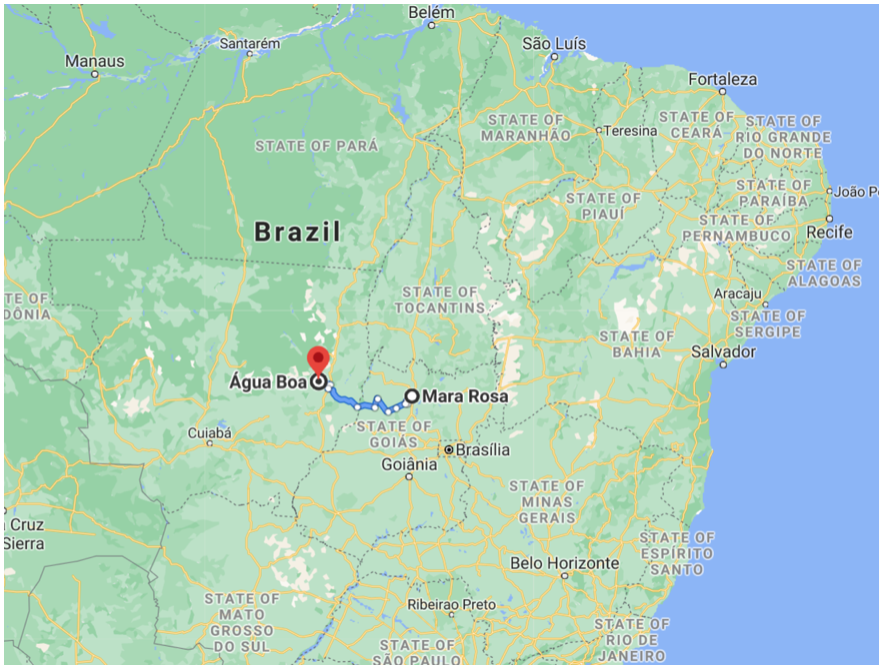