The Port of Itaqui, which is located in the city of Sao Luis in the state of Maranhao on the northeast Atlantic Coast of Brazil, is already the largest port in what is called the "Northern Arc" of ports in Brazil (see map on next page), and it is destined to be one of the largest grain ports in Brazil. When current expansion projects are completed, the port will have the capacity to export 17 million tons of grain including soybeans, corn, and soybean meal.

The Port of Itaqui is connected to Brazil's North-South railroad via the Carajas Iron Ore Railroad. The North South railroad is considered the central spine of Brazil's railroad network. The combination of the North South and Carajas railroads already transports much of Brazil's iron ore to the Port of Itaqui and they are going to be a major transporters of grain as well. The port is critically important for grain producers in eastern Mato Grosso and Goias, as well as the states of Bahia, Maranhao, Tocantins, Piaui, and Para. Over the last decade, this area of northeastern Brazil has become a major expansion area for Brazilian grain production.

In the anticipation of greater volume of exported grain and larger vessels, the port's administration has initiated dredging operations at the four existing berths to increase the draft to as much as 19 meters. They are also improving the structure of the berths and upgrading collision and fire prevention systems.

Even though their focus is on grain exports, the port is not neglecting other types of cargo and the importation of such things as fertilizers. In fact, a new fertilizer terminal is scheduled to start operations later this year with the capacity to import as much as 3.5 million tons of fertilizers per year. The fertilizers would then be transported by train to city of Palmeirante in the state of Tocantins where it would then be distributed to other states.

The port's administration is hoping to capture some of the grain production in eastern Mato Grosso and Goias that would normally head south to ports in southeastern and southern Brazil. Below is a map of the Northern Arc of ports in Brazil. The Port of Itaqui is in the dark blue state of Maranhao at the end of the right-most green arrow. These maps are from the company Proinde and their publication "Brazil's Northern Arc Ports" that can be found at: https://proinde.com.br/manuals/brazils-northern-arc-ports-practical-guidance/. 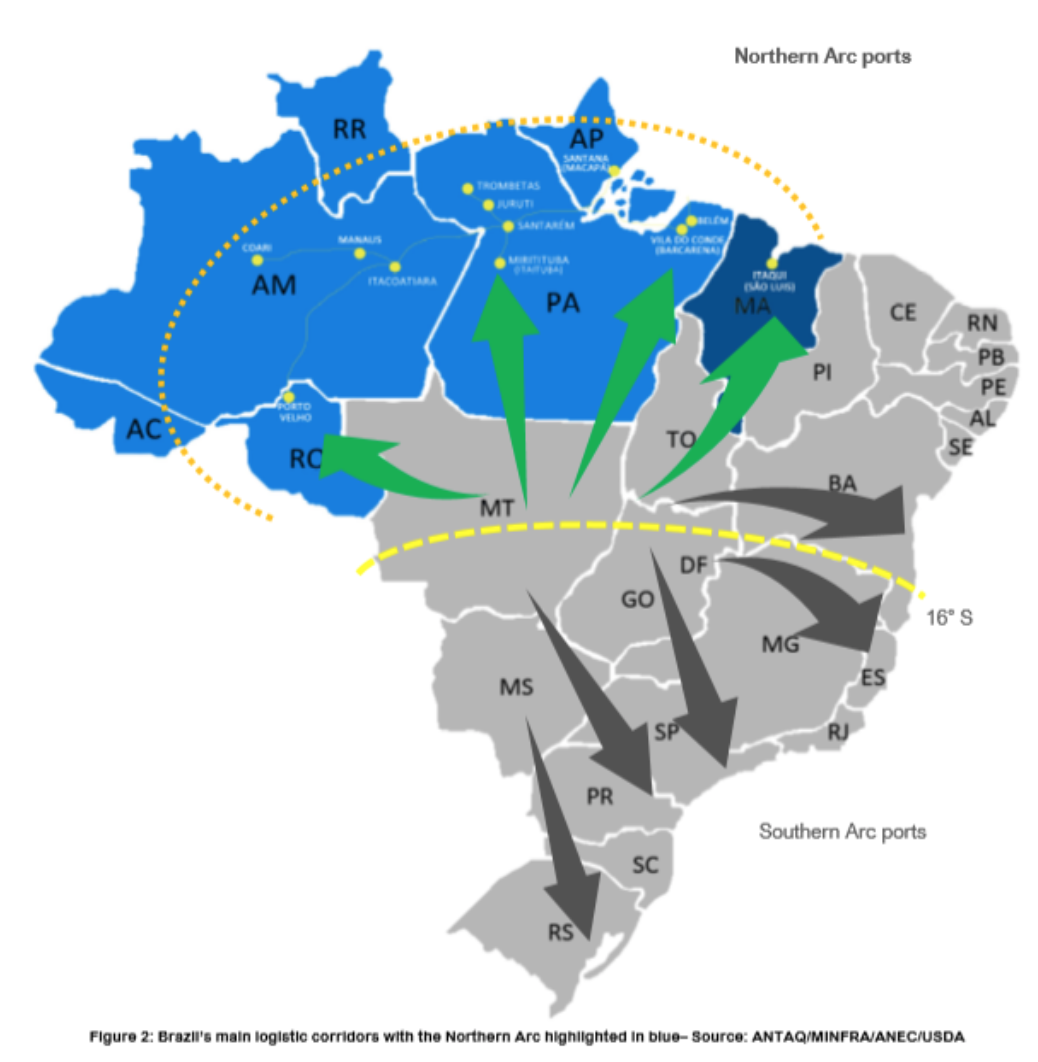 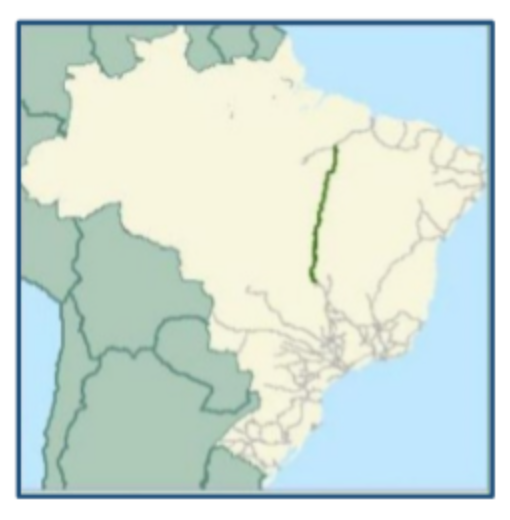 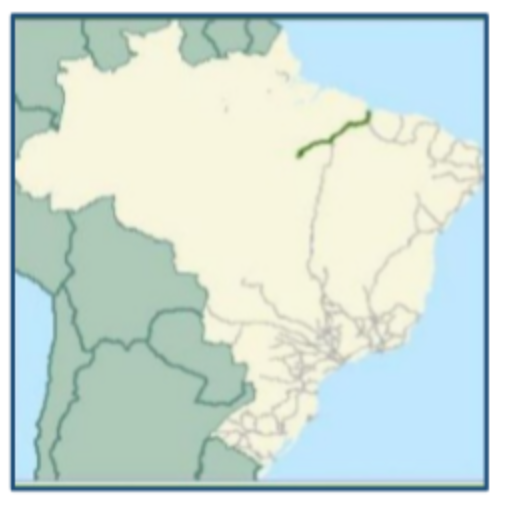