It has been more than a year of irregular rains across central Brazil resulting in significant reductions in the production of soybeans, corn, sugarcane, coffee, citrus, and dry beans. It has also resulted significant declines in the water levels of the Parana River and its tributaries. The Parana River Basin in Brazil encompasses parts of six states - Minas Gerais, Goias, Mato Grosso do Sul, Parana, Sao Paulo, Santa Catarina, and the Federal District.

According to the National Center for Monitoring and Alerts of Natural Disasters (CEMADEN), the water level of the Parana River and its tributaries is the lowest in 22 years.

The map below depicts the Parana River basin in central Brazil and its major hydroelectric reservoirs. There are 57 reservoirs within the basin and approximately 1/3 of the Brazilian population lives in the basin. The hydroelectric dams in the Parana River basin produce the greatest percentage of Brazil's electricity. The color code on the right side of the map is elevation in meters above sea level. 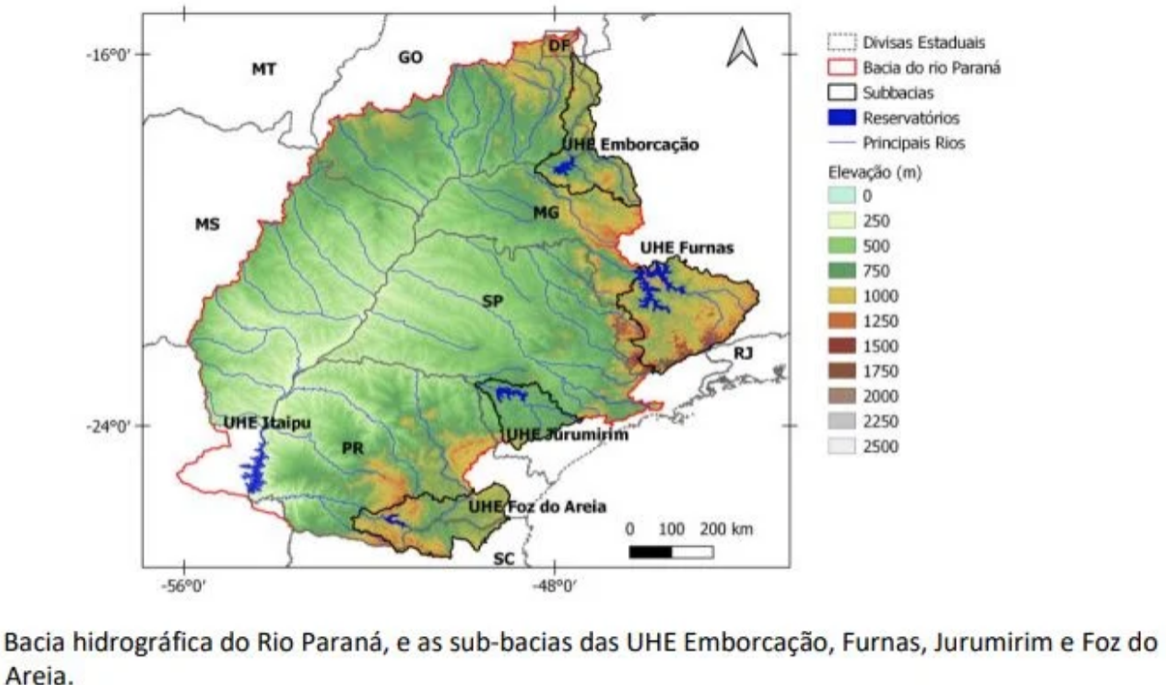 The rainfall deficits in central Brazil have been increasing since the end of 2019 and as of the end of May, 60% of the Parana River Basin was classified as being in severe or extreme drought. The map below illustrates the level of drought in the region. The color code on the right side of the map is as follows: exceptional drought, extreme drought, severe drought, moderate drought, weak drought, normal. 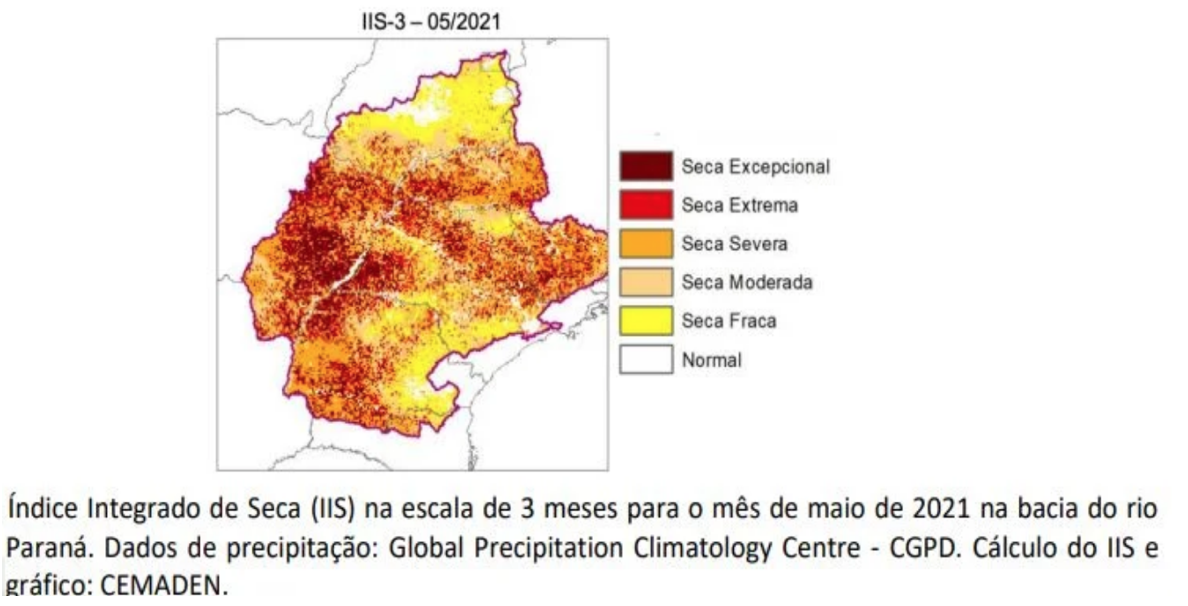 The rainfall situation and subsequent drought severity are not expected to improve any time soon. Central Brazil is in its annual dry season and any rainfall between now and September is expected to be very light and widely scattered. As a result, the water levels in the reservoirs are expected to continue declining raising the prospect of potential electricity rationing.

The Brazilian national Water Agency (ANA) on June 1st published a Declaration of Critical Water Shortages in the Parana River Basin that will remain in effect until November 30, 2021. The declaration was declared to better regulate water levels and potential restrictions that may be imposed on consumers.