In their February Crop Report released last week, Conab issued their first assessment of the 2020/21 safrinha corn acreage. They estimated the acreage at 14.35 million hectares (35.4 million acres), which was up 4.4% compared to last year. The average yield was estimated at 5,578 kg/ha (88.6 bu/ac) with a total production of 80.07 million tons. If these estimates verify, the safrinha corn crop would represent 75.9% of Brazil's total corn production. 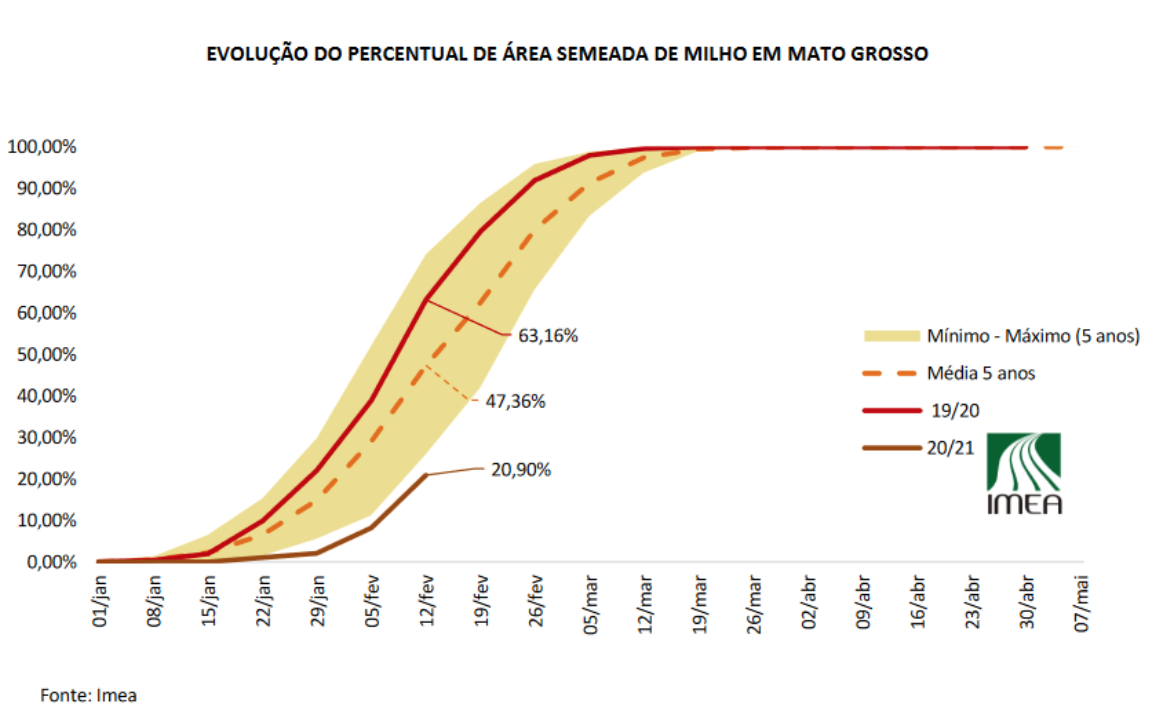 Parana Corn - The full-season corn crop in Parana was 10% harvested earlier last week and the crop was rated 8% poor, 23% fair, and 76% good. The safrinha corn in Parana was 3% planted late last week compared to almost 30% average.

Rio Grande do Sul Corn - Emater reported that the full-season corn in Rio Grande do Sul was 12% in vegetative development, 13% pollinating, 20% filling grain, 16% mature, and 39% harvested as of late last week. The average price of corn in the state last week was R$ 79.30 per sack (approximately $6.80 per bushel).

Goias Corn - The window for safrinha corn planting in the state is going to be very narrow due to the delayed soybean harvest. Farmers are still expected to plant most of their intended safrinha corn due to the good corn prices and the fact that they have forward contracted 30-35% of their anticipated corn production. But, some of the latest harvested soybeans may be followed by grain sorghum instead of safrinha corn.