The Ferronorte Railroad is currently the only railroad in Mato Grosso, and it serves the southeastern corner of the state, but that is expected to change in the future. The railroad is operated by Rumo Logistica and the president of the company, Alberto Fernandez de Abreu, met last week with state and local officials in the state of Mato Grosso to discuss their plans to extend the railroad further north into the heart of the state's grain production.

Rumo intends to extend the railroad from its current terminus in the city of Rondonopolis to the state capital of Cuiaba and then straight north to the cities of Nova Mutum and Lucas do Rio Verde (see map below). The total extension of the railroad would be 600 kilometers, and when completed, it would connect some of Mato Grosso's main grain producing regions with Brazil's largest port of Santos in the state of Sao Paulo. The railroad would transport soybeans, soybean products, corn, cotton, and other agricultural products.

Local mayors and state officials are solidly behind the project and the president of Rumo is confident that the increased volume of grain would justify the cost of the expansion, but he did not indicate the level of investments that would be needed. Environmental impact studies are already under way, but the federal government would need to give the final authorization for the project. 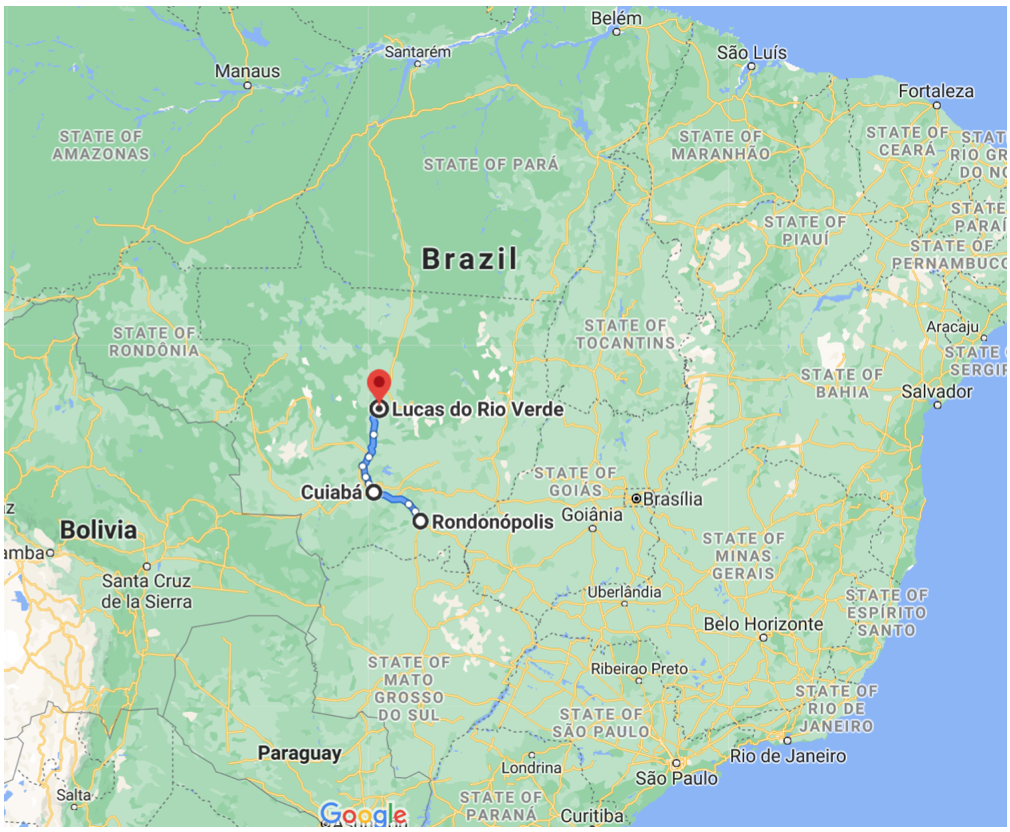