The weather in Brazil last week was dryer across central Brazil and wetter in far southern Brazil especially in the state of Rio Grande do Sul, which I think was generally good news for both regions. Some areas of Mato Grosso continue to receive excessive rains with at least four cities in the state declaring states of emergency.

The forecast for this week is calling for dryer weather in south-central Brazil and more chances of rainfall in Rio Grande do Sul. The soybeans in Rio Grande do Sul are still filling pods, so any additional rainfall would be beneficial. This is a good forecast for soybean harvesting, but not so good for the safrinha corn crop - more on that later.

Mato Grosso Soybeans - The soybeans in Mato Grosso were 91.7% harvested late last week compared to 98.3% last year and 93.5% average. The soybean harvest reached 50% complete approximately 18 days later than last year. Most of the soybeans left to harvest are in the south-central region of the state. 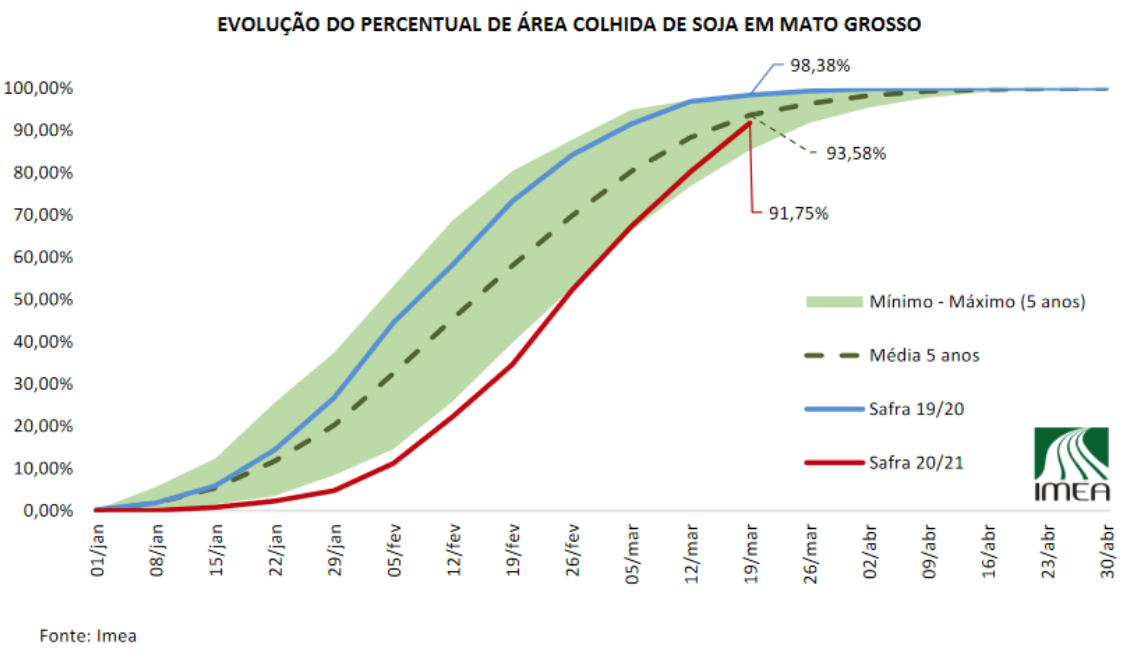 Parana Soybeans - The soybeans in Parana were 58% harvested last week compared to 80% average. The weather has turned dryer in Parana, so the harvest pace is expected to accelerate.

Rainfall across the state last week benefited the soybeans, but the coverage was uneven and more is needed in some areas. Fortunately, the forecast is calling for more chances of rain this week.

In their latest weekly report, AgRural stated that their soybean production estimate for the state of Mato Grosso could decline in their next monthly crop report scheduled to be released before the end of March. The lower estimate is due to excessive rainfall during harvest.