Mato Grosso is the largest grain producing and exporting state in Brazil, but it is located in the center of South America which leads to a lot of logistical challenges for grain exports. The map below shows the state of Mato Grosso in grey and the current and proposed transportation routes for the movement of grain to export facilities. In the past, almost all of Mato Grosso's grain was exported from the Ports of Santos and Paranagua in southern Brazil, but that is changing with the "Northern Arc" of ports in northern Brazil.

This map is from the Mato Grosso Institute of Agricultural Economics (Imea) and the title is "Movement of Grain Exports." The legend is as follows: 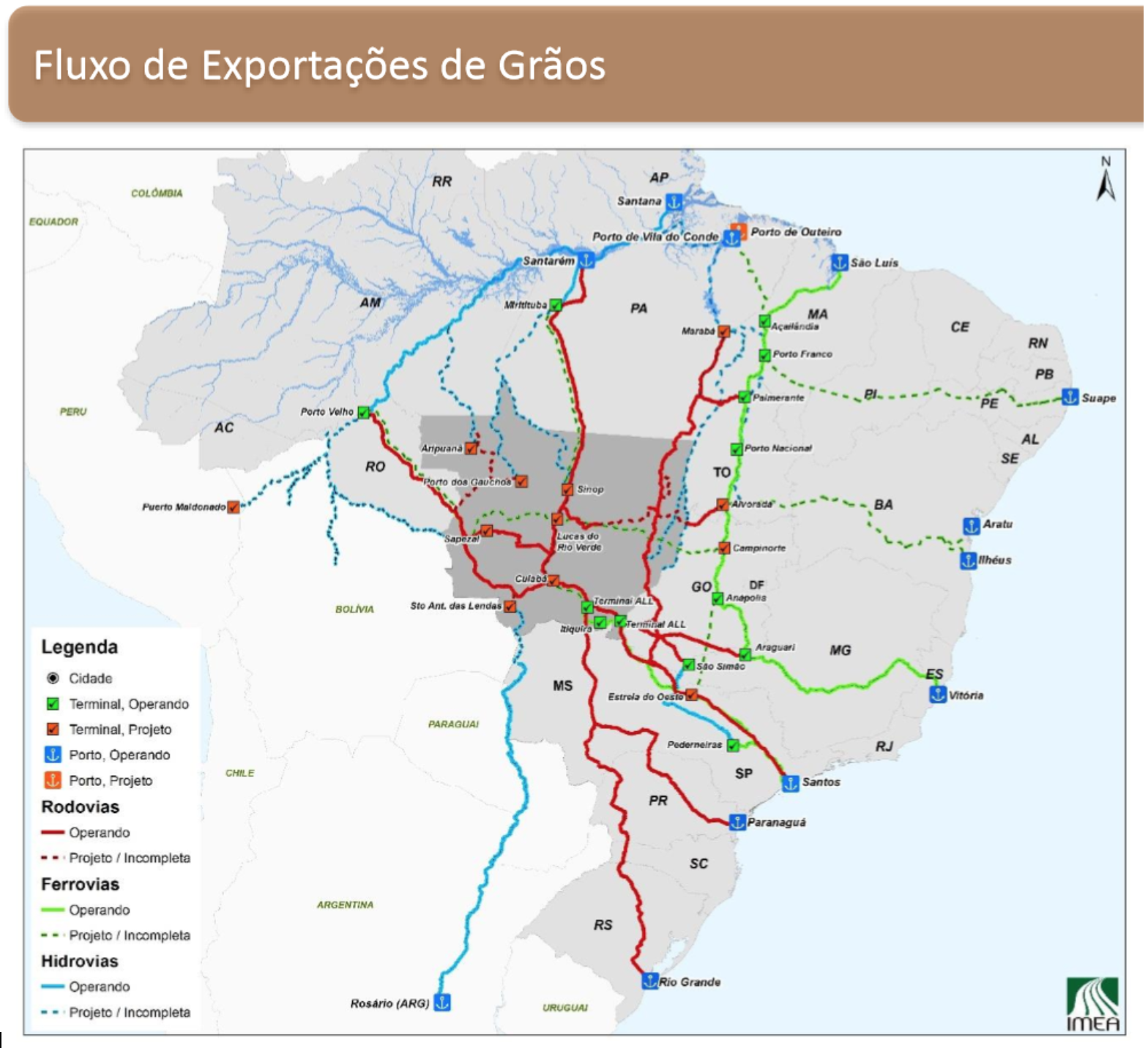 There are proposals to build more than 100 hydroelectric dams in the Amazon Region, but none of those plans account for the possibility of barging operations on the rivers. Additionally, the few dams that have already been built in the region have been highly controversial and opposed by indigenous communities, environmentalist, etc. These dams have already had a detrimental impact on the health of the river and its environment.

In my opinion, putting dozens of dams on the southern tributaries of the Amazon River would be a very big mistake. Those dams would alter forever the nature of the river and the surrounding environment not to mention the people who depend on the river for their livelihoods