If you want to see what a "supply chain" looks like, look at the two pictures below. 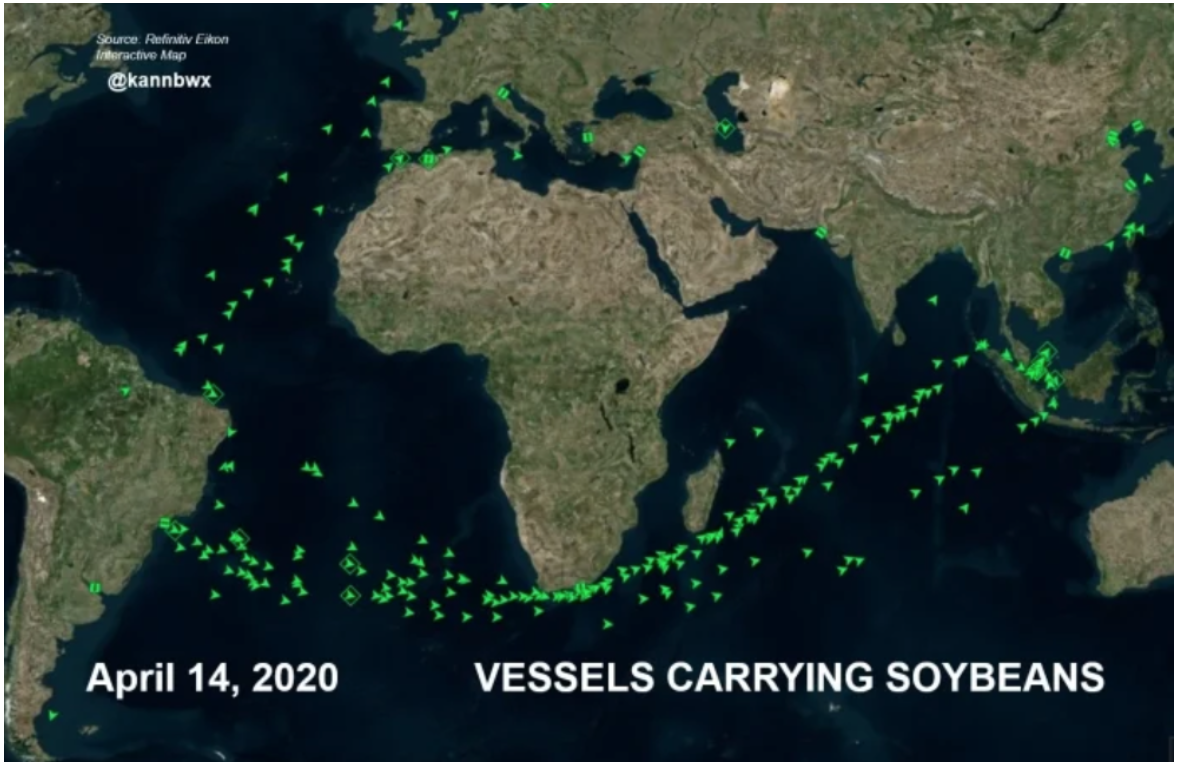 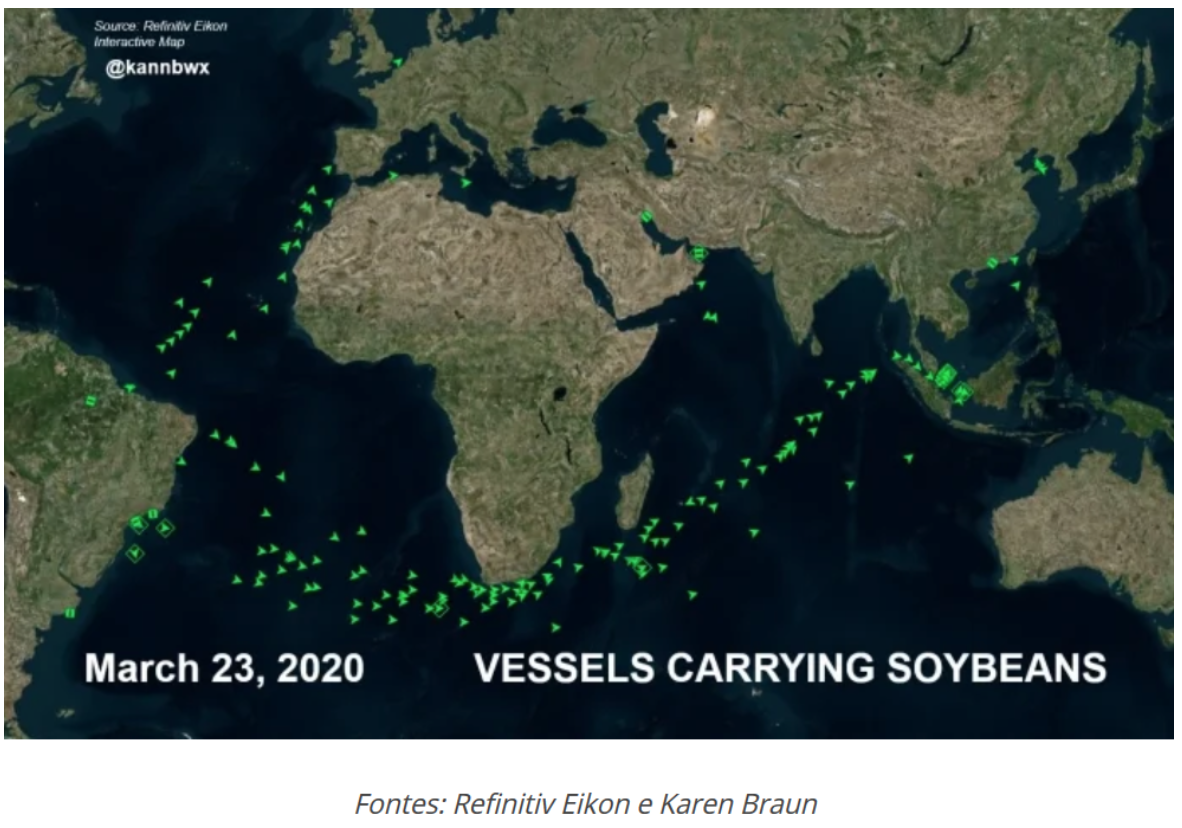 These two images are from the Refinitiv Eikon system and Karen Braun from Reuters International and they were published by Noticas Agricolas. Each green dot is a vessel carrying Brazilian soybeans.