The 2020/21 safrinha corn is now 100% planted. It is very unusual to even be talking about safrinha corn planting during the first week of April. In a more normal year, the vast majority of the corn is usually planted by the end of February with a small percentage of the crop planted in early March. Dry weather going forward is the biggest potential problem for the safrinha corn with the main area of concern being the states of Mato Grosso do Sul, Parana, and Sao Paulo.

Mato Grosso Corn - The farmers in Mato Grosso have finally planted all their intended safrinha corn acreage, which is about three weeks later than last year. Approximately half of the corn in the state was planted after the ideal planting window had closed. While the soybean harvest in Mato Grosso eventually caught up with the average pace in the end, the safrinha corn planting continued to lag all the way to the end as illustrated in the graph below. 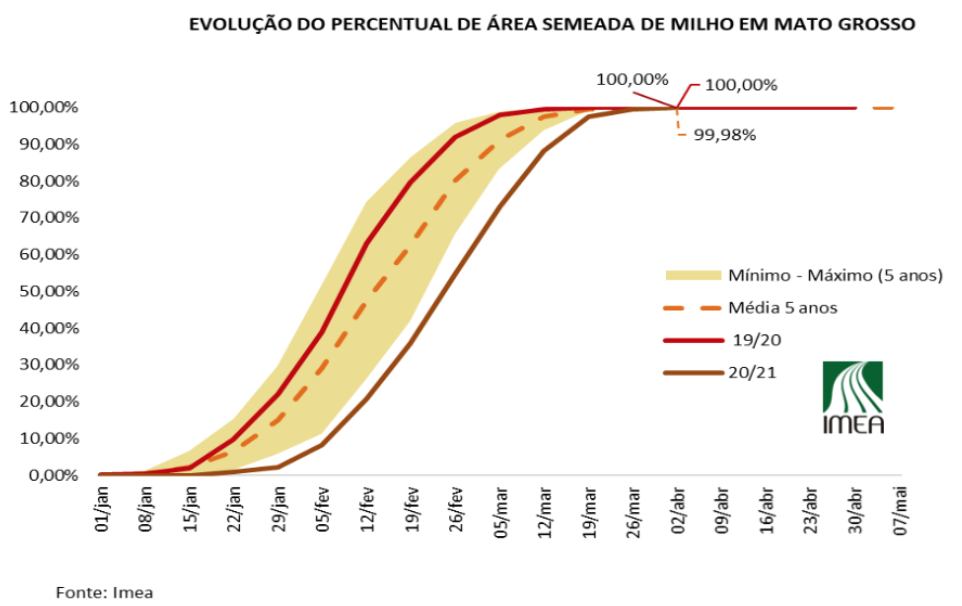 Parana Corn - Farmers in Parana had planted 97% of their safrinha corn as of earlier last week and the crop is 25% germinating/emerging, 71% in vegetative development, 3% pollinating, and 1% filling grain. The corn is rated 1% poor, 5% average, and 94% good.

Goias Corn - More than half of the safrinha corn in Goias was planted during the month of March, which will leave the crop more susceptible to dry weather going forward.