Brazil is ending the 2020/21 growing season with a total of 347 confirmed cases of soybean rust. There still might be a few more confirmed cases since the soybean harvest is very late this year.

The number of cases started off very low, but increased rainfall starting in mid-January and continuing through mid-March, resulted in a rapid increase in the number of confirmed cases. The two southern states of Rio Grande do Sul and Parana accounted for 68% of the total number of cases in Brazil. In the state of Mato Grosso, which is the largest soybean producing state in Brazil, they recorded only 4 cases of soybean rust. 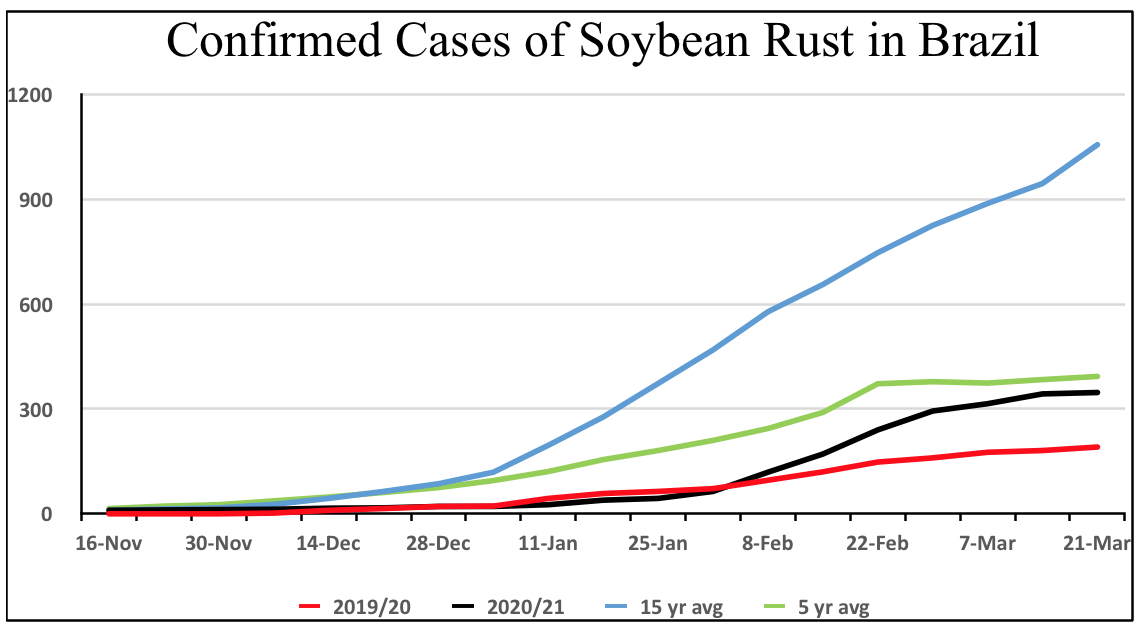