There is always a difference in opinion when it comes to long-range weather forecasts, but there are concerns building in Brazil that the 2021/22 spring planting season may be delayed again like last year due to a return of La Nina later this year and the resulting dryer-than-normal weather. The U.S. Climate Prediction Center now estimates there is a 62% chance of a La Nina weather pattern across the Pacific between September and November, up from a previous estimate of 55% last month.

Meteorologists from the Brazilian National Weather Service (Inmet) agree there could be a return of La Nina, but it will take several more weeks to confirm its intensity. If a La Nina reemerges, it could mean a dry and delayed start to spring planting in Brazil.

Farmers in southern Brazil may plant their full-season corn any time they wish after August 1st,, but soybean planting will not start until September 10th in Parana and September 15th in Mato Grosso and several other Brazilian states.

In Conab's August Crop Report released last week, they published a map from Inmet indicating below normal rainfall for much of central Brazil for the period August-September-October. It's a little more of a mixed bag for the states of Parana and Rio Grande do Sul in far southern Brazil. At the bottom of the map is the precipitation probability for the three-month period - Abaixo do Normal (Below Normal) and Acima do Normal (Above Normal). 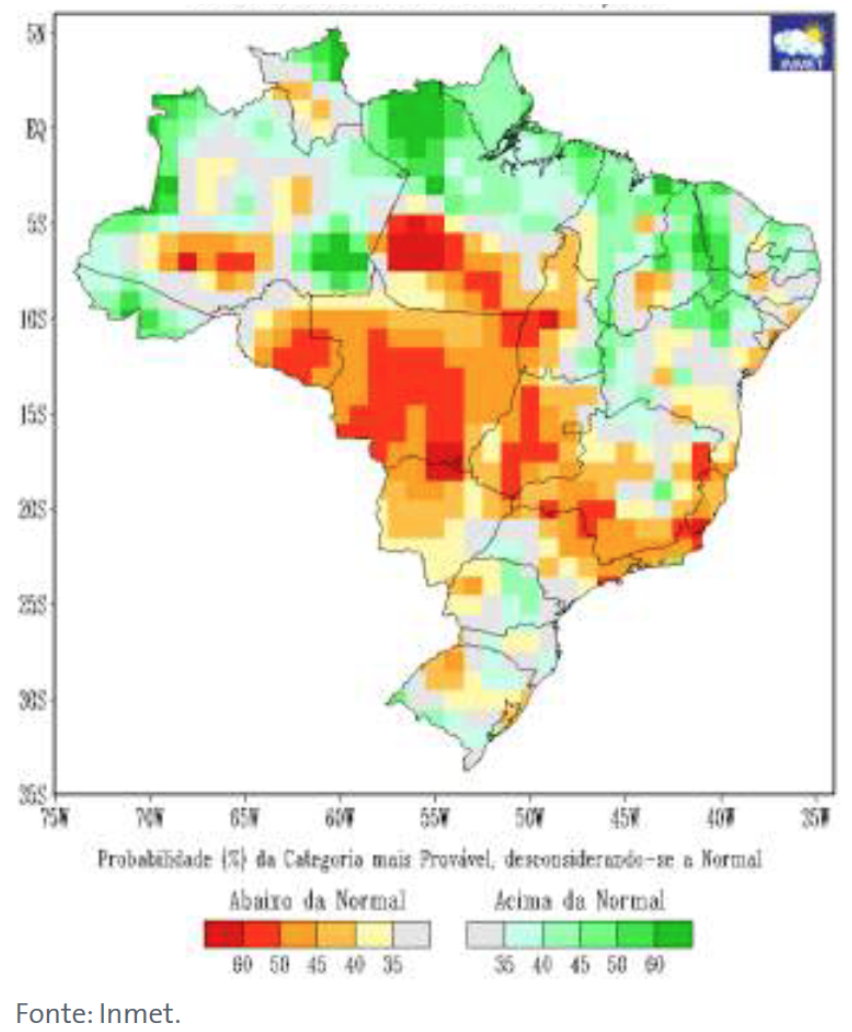