Southern Brazil has received good volumes of rainfall during September which has allowed for a promising start for the first corn crop. More rainfall was received over the weekend especially in the state of Parana.

The first corn crop in Brazil was 33% planted as of later last week compared to 31% last year according to AgRural. This represents an advance of 7% for the week. The corn is 72% planted in Rio Grande do Sul, 49% in Santa Catarina, 62% in Parana, and 2% in Sao Paulo. Corn planting is just getting started in Mato Grosso do Sul, Minas Gerais, and Goias. Very little first crop corn is planted in Mato Grosso.

Parana - Farmers in Parana had planted 62% of the first corn crop according to the Department of Rural Economics (Deral). The most advanced planting is in the southern part of the state where 85% to 95% of the corn is planted. Planting in the northern part of the state is much slower at 0% to 15% planted. The corn is 38% germinating and 62% in vegetative development and the corn is rated 3% average and 97% good.

Below is the first corn crop planting progress map from Deral for the state of Parana as of September 27th. The percentages are in the bottom left-hand corner and the prior week's progress is in the upper right-hand corner. 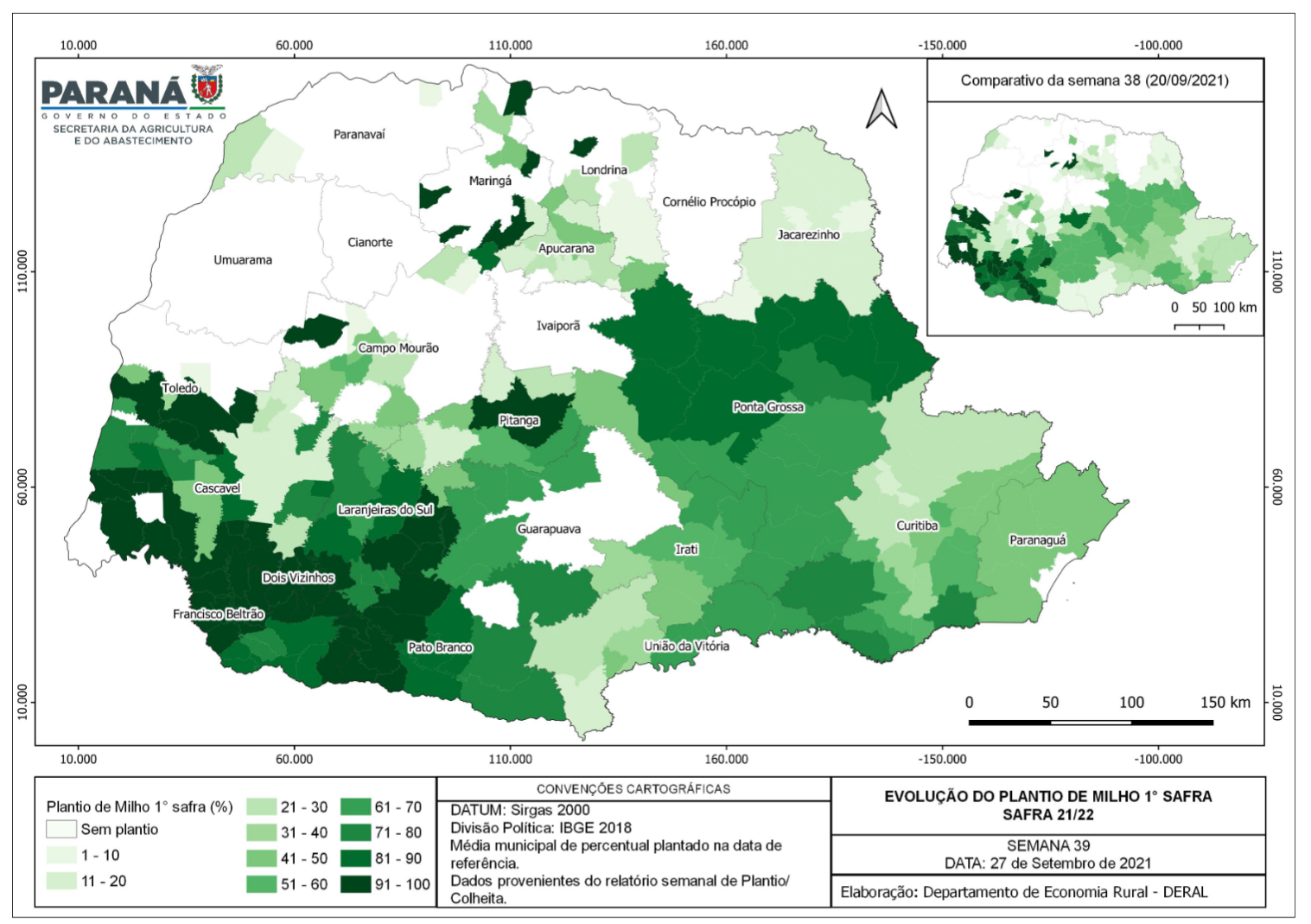 Rio Grande do Sul - The corn crop in the state is approximately three quarters planted and the early growth and development is considered good. One of the biggest worries for farmers is the presence of corn leafhoppers. Many corn fields in the state have already received 2-4 insecticide applications trying to control the pest and that might increase to as many as six applications if the weather conditions favor the insect. Farmers in the state are expected to increase their corn acreage by approximately 4% to 835,000 hectares