The Brazilian Land Transportation Agency (ANTT) conducted a hearing last week concerning the forfeiture of the contract to expand Highway BR-163 in Mato Grosso from a 2-lane highway into a 4-lane limited access highway. The original contractor, Obedrech, has been embroiled in scandals and has not been able to fulfill the terms of the contract. For years, government agencies have been stymied in their efforts to cancel Obedrech's contract and award the project to another contractor.

Highway BR-163 has been called Brazil's "soybean highway" because it transports the vast majority of the state's soybean and corn production and it is considered probably the most important highway in Brazil as far as agriculture is concerned. The grain production in the state has increased so quickly that it now far exceeds the capacity of the original 2-lane highway.

Highway BR-163 was supposed to have been turned into a 4-lane limited access highway years ago. The contract to upgrade 851 kilometers from the city if Sinop in northern Mato Grosso to the border with Mato Grosso do Sul was awarded in November of 2013 and it was expected to be completed in March of 2019. The project was to be paid for by turning the highway into a toll road. Up until this point, the project is only 26% complete and work on the project has been stopped since 2016. Due to the unending delays of the project, ANTT has fined the company 160 times for a total of R$ 565 million.

The company stopped working on the expansion project five years ago and all their current efforts have been directed toward collecting tolls and constructing new toll plazas. Even though the company admits they do not have the resources to complete the project, efforts to wrestle away the contract from Obedrech have been unsuccessful.

A lawyer for the company requested that a final decision on the forfeiture be delayed while the company adjusted their proposal. To the enormous frustration of every stake holder in the state, their request was granted and another meeting to discuss the forfeiture was set for November 4th. They have been talking about expanding that highway for more than 40 years and it is still not done!

Below is a picture of BR-163 in Mato Grosso and as you can see, the truck traffic is extremely heavy especially after the soybean harvest making passing a long line of trucks very difficult. Personal note - I have traveled that highway many times and it is a nightmare trying to pass those trucks. 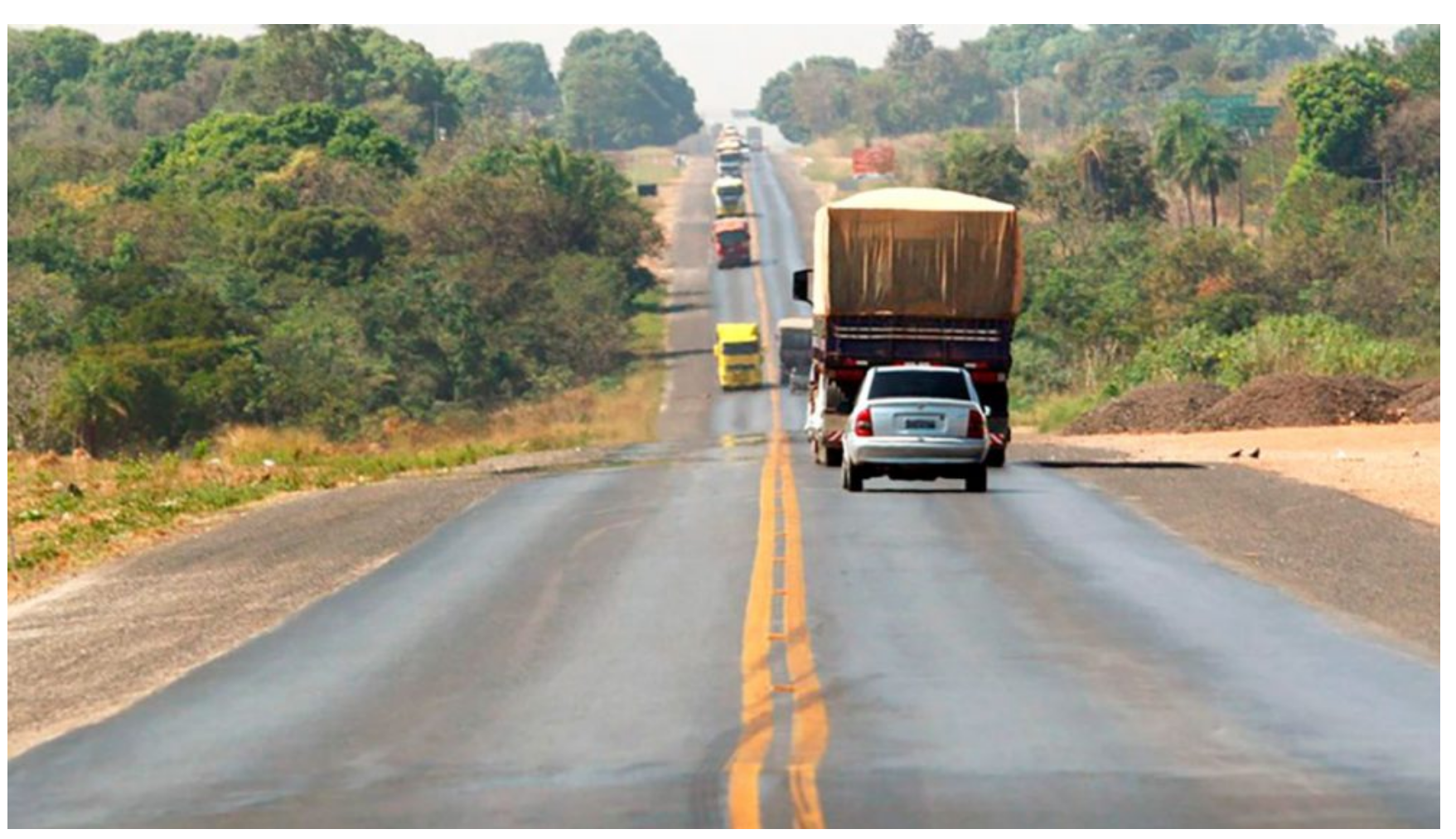