For the last several weeks, the weather in Argentina has generally been good enough to maintain adequate soil moisture, but farmers have decided to hold off on their corn planting. The condition of the early planted corn has improved for the last two weeks and it is now rated 91% good/excellent.

It is tempting to think about increasing the Argentina corn estimate because the condition of the early corn has improved, but the early corn is going to pollinate and fill grain in December and January when the weather is forecasted to be hotter and dryer than normal. Additionally, 70% of the corn has not even been planted, so I remain cautious concerning the corn crop in Argentina.

Corn planted during the second phase generally has a lower yield potential, but it is not an absolute correlation. Corn planted during the first phase generally pollinates and starts to fill grain during December and January, which tends to be the hottest and driest period in Argentina. So, the early planted corn can be negatively impacted by the summer weather. Metrologists have been forecasting hotter and dryer weather in December and January in Argentina and southern Brazil due to La Nina, so this needs to be monitored closely.

As of late last week, the corn was 29.2% planted compared to 31.4% last year and 38.2% average according to the Buenos Aires Grain Exchange. This represents an advance of only 0.2% for the week. In the core production area, the corn is 85-90% planted with 30-40% of the corn planted in southern Argentina and 0% planted in far northern Argentina.

Below is the National Corn Planting Progress from the Buenos Aires Grain Exchange. The 2021/22 progress is the black line and the tan shaded area the maximum and minimum for the last five years. 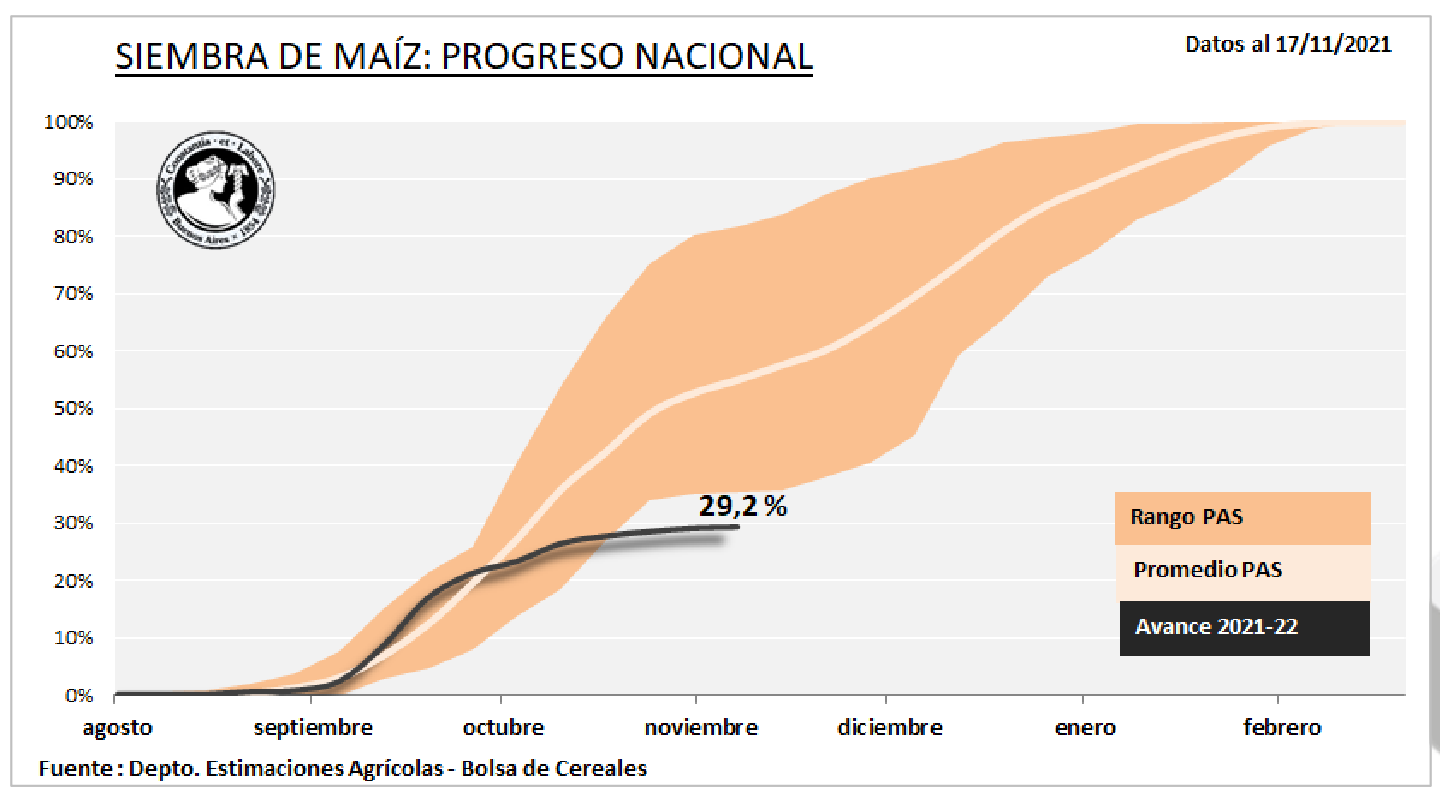