The rainfall in Argentina last week and over the weekend favored the southern and western areas with some rain in central Argentina. Rainfall amounts were heavier and more widespread than forecasted. Dryness concerns persist in northern and eastern areas.

The trend in recent years in Argentina has been to plant a higher percentage of the corn during the second phase of planting in December and January to avoid potential heat and dryness during the summer months and that has certainly been the case this growing season. With all the warning of a hot and dry summer due to La Nina, it does not come as a surprise that farmers would choose to plant the majority of their corn during the second phase of planting.

Approximately 55-60% of the corn in Argentina will be planted during the second phase of planting compared to 52% last growing season. The early planted corn will be harvested in March and April and the harvest of the later planted corn could stretch into July.

Farmers in Argentina had planted 39.5% of the corn as of late last week compared to 47% last year and 50.2% average according to the Buenos Aires Grain Exchange. This represents an advance of 8.4% for the week. In the core production areas, the corn is approximately 90% planted with 45-55% planted in southern Argentina and 0% planted in northern Argentina.

Below is the National Corn Planting Progress from the Buenos Aires Grain Exchange and as you can see, it certainly has been slow planting in Argentina this year. The tan shaded area is the maximum and minimum range for the last five years. 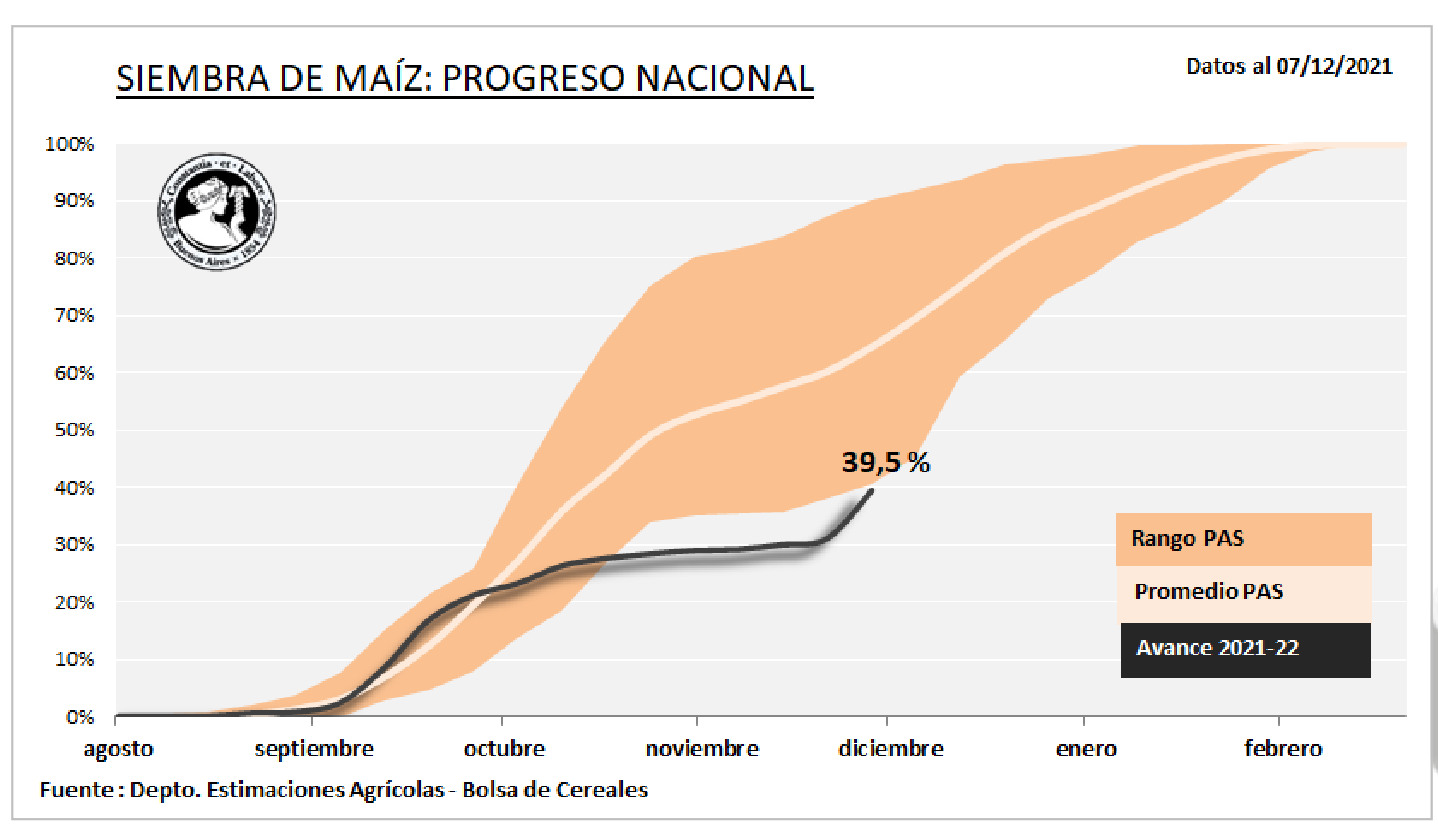