Soil Moisture Situation in Argentina Improved But Not Resolved


Argentina was hit hard by drought and extreme temperatures from December through mid-January, but the recent weather has improved. The worst of the summer drought now appears to be behind us, but a significant portion of the crops still need additional moisture and future dry spells may still develop.

In areas where they received the heaviest rains, the old saying "be careful what you wish for" can now be applied to Argentina. After weeks of dry weather and near record high temperatures resulting in emergency decelerations in the provinces of Entre Rios, Santa Fe, Cordoba, Mendoza, and Misiones, recent heavy rains have resulted in flooding and emergency decelerations in western Buenos Aires and Cordoba.

Intense rainfall over the last two weeks of 200-250 mm and some areas as much as 400 mm (8-10 inches with some areas as much as 16 inches) in southern Cordoba, northern La Pampa, and western Buenos Aires resulted in localized flooding with approximately 1-6% of the soybeans in those regions experiencing excessive moisture.

The area hardest hit by flooding appears to be the municipality of General Villegas in western Buenos Aires on the border with Cordoba (red balloon on map below). 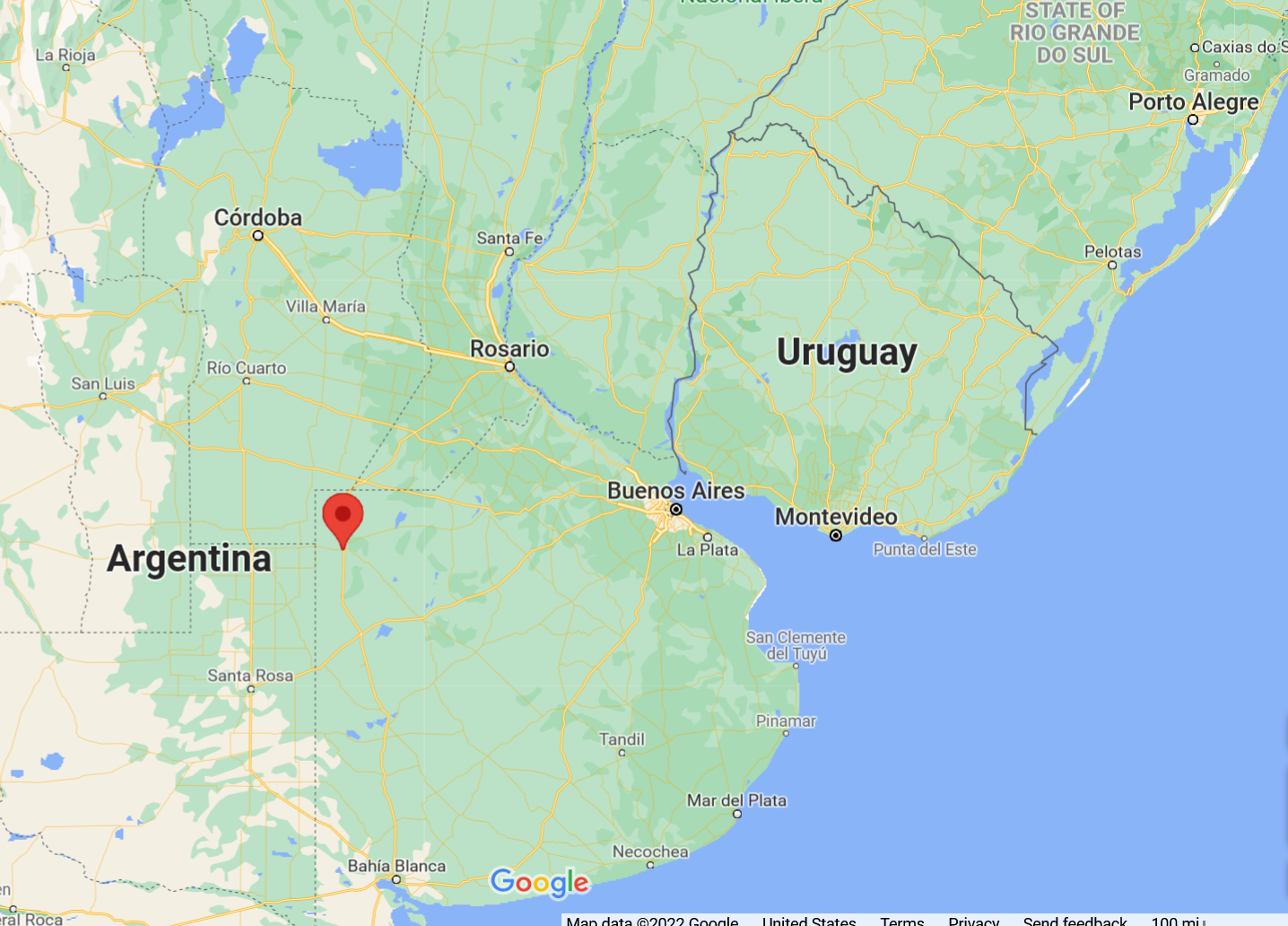