Currently, I am estimating the first corn crop at 22.0 million tons, the safrinha crop at 89.0 million, and the third crop at 1.7 million tons. Later this week we will get Conab's first estimate of the safrinha corn production based on field surveys.

The first corn crop in southern Brazil was 18% harvested as of late last week compared to 14% last year according to AgRural.

Parana - In last week's report, the Department of Rural Economics (Deral) reported that the first corn crop in the state was 1% in vegetative development, 5% flowering, 44% filling pods, 50% maturing, and 14% harvested. The corn was rated 24% poor, 37% average, and 39% good.

Yields from the first corn crop in Parana are generally abysmal due to the hot and dry conditions encountered during the critical reproductive period. The first corn crop only represents about 15% of the state's corn production with the safrinha representing 85%.

Rio Grande do Sul - The corn harvest is 42% complete compared to 35% last year and 29% average according to Emater. Ironically, they are also still planting corn in the state with 98% planted compared to 99% last year and 100% average. For the corn still in the field the corn is 10% germinating/vegetative development, 7% pollinating, 20% filling grain, and 21% maturing. Corn yields range from a loss of 50% to 100% depending on location.

Minas Gerais - The state of Minas Gerais usually produces about as much first crop corn as Rio Grande do Sul and these two states are the largest producers. Heavy rains during the month of January have farmers in Minas Gerais concerned about the harvest of their first corn crop which will start in mid-February. The forecast looks very wet, which may delay the initial corn harvest. The state already lost about 4% of the corn acreage due to prior flooding. Wet conditions could also delay soybean harvest and the planting of the safrinha corn.

The safrinha corn was 24% planted as of late last week compared to 3% last year according to AgRural. 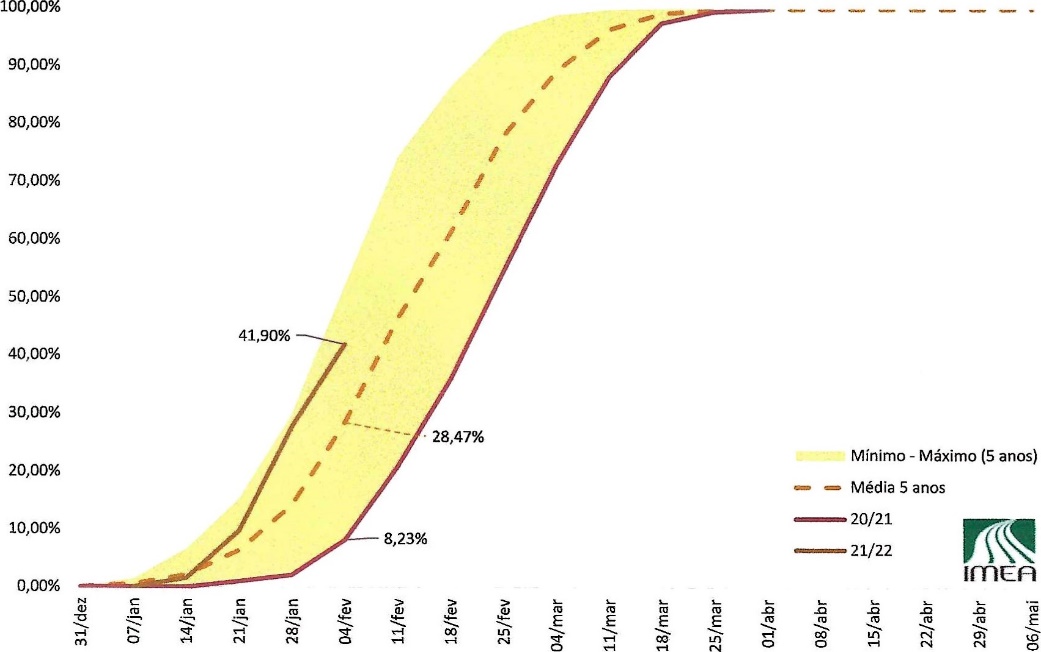 The ideal planting window for safrinha corn in Parana closes about the third week of February, but farmers would like to plant their safrinha corn before then to avoid the possibility of an early frost before the corn is mature.