Dryness remains widespread across southern portions of the safrinha corn belt in the states of Parana and Mato Grosso do Sul. Dryness is also becoming more of a concern in the states of Goias and Minas Gerais. The forecast for this week calls for chances of rain in far northern and far southern Brazil. There are improved chances of rain in central Brazil in the 6-10 day period.

La Nina remains firmly in place and it has been getting stronger the last several weeks, which is an unwelcomed development for the safrinha corn. For several months, Brazilian meteorologists have been warning that a persistent La Nina could favor early frosts in southern Brazil. Any frost before the end of June could be a problem for the safrinha corn in Parana and Mato Grosso do Sul. The safrinha corn has not been planted quite as early as we thought several months ago, so there remains a potential for frost damage in the southern locations.

The first corn crop in Brazil was 45% harvested as of late last week compared to 35% last year according to AgRural. This represents an advance of 8% for the week.

Parana - Farmers in Parana had harvested approximately 50% of the first corn crop as of late last week.

Rio Grande do Sul - Farmers in the state had harvested 60% of their corn as of late last week according to Emater and they estimate that the corn yield will be down 53% from initial expectations.

Mato Grosso - The farmers in Mato Grosso had planted 94% of their safrinha corn compared to 73% last year and 89% average according to the Mato Grosso Institute of Agricultural Economics (Imea). This represents an advance of 11% for the week. The slowest planting continues to be in the south-central region where 79% of the corn has been planted. 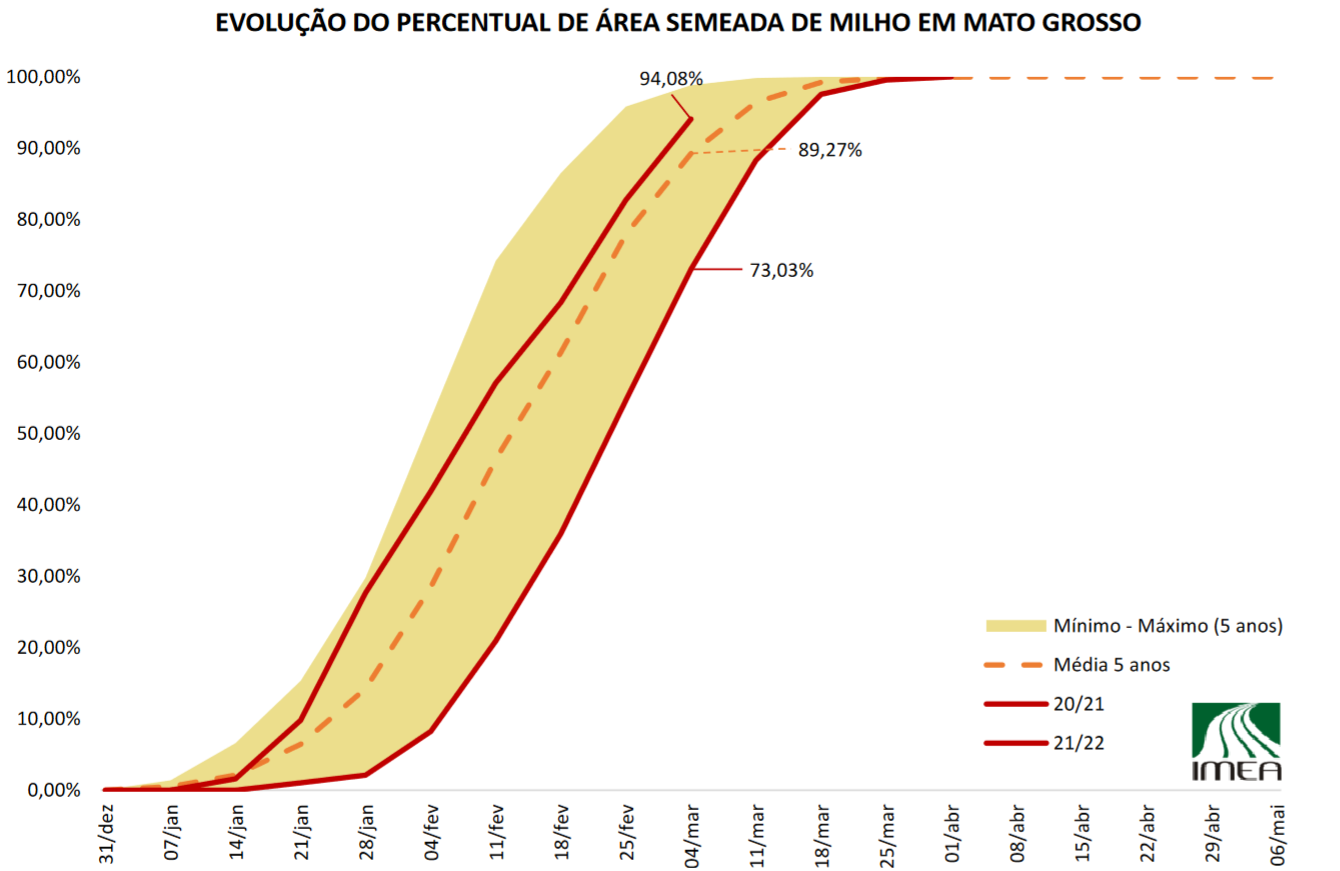 Parana - The improved soil moisture situation in Parana has encouraged farmers to plant their safrinha corn which is probably approaching 50% planted.

Goias - Farmers are planting their safrinha corn, but they are worried about the long-range forecast that is calling for below normal rainfall.

Mato Grosso do Sul - Farmers in southern Mato Grosso do Sul are planting their safrinha corn as quickly as possible to take advantage of improved soil moisture, but they are concerned about the long-range forecast that is calling for below normal rainfall in the months ahead.