Brazilian farmers have planted 94% of their safrinha corn so now their attention turns toward the weather during the growing season. In their March Crop Report, Conab warned that the rainfall in southern Brazil during March-April-May could be below normal and it could negatively impact the safrinha corn.

In the center-west region of Brazil, except for southern and eastern Mato Grosso, they forecasted that the rainfall would be below normal especially during April and it could impact the safrinha corn and safrinha cotton.

As far as temperatures are concerned, they forecasted that all of Brazil will see average to above average temperatures especially during the month of April. They also indicated that there is a 60% probability that La Nina conditions will persist for the remainder of the safrinha growing season. The Brazilian national weather service has not forecasted the possibility of an early frost in southern Brazil, but private meteorologists in Brazil have indicated that a persistent La Nina increases the odds of an early frost as soon as the second half of May.

Below is the precipitation forecast for March-April-May from the Brazilian National Weather Service (Inmet). 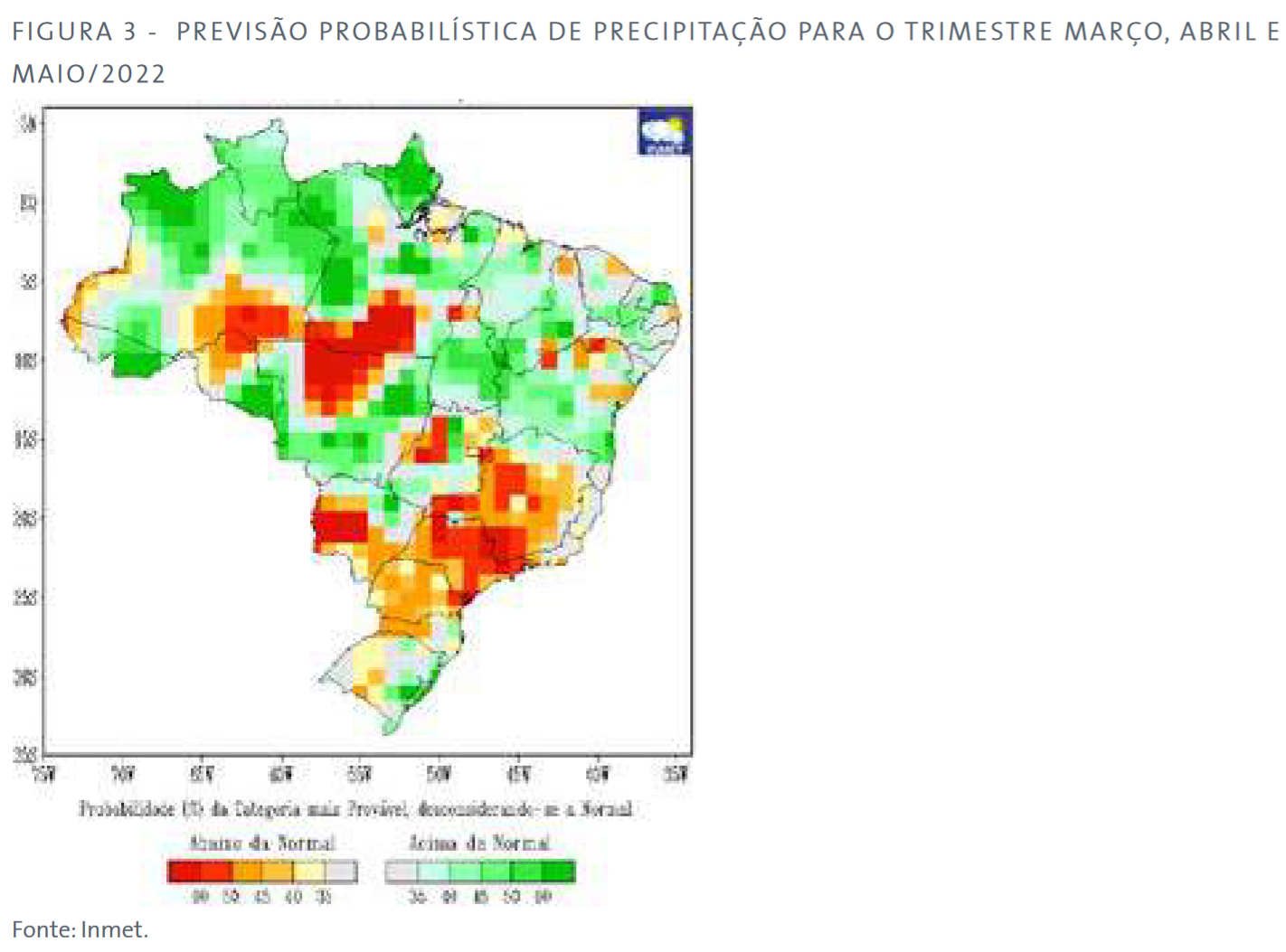