The first corn crop in Brazil was 52% harvested as of late last week compared to 41% last year according to AgRural. This represents an advance of 7% for the week.

Parana - The Department of Rural Economics (Deral) reported earlier last week that 64% of the first corn crop had been harvested and yields are expected to be down 40% from initial expectations. The remaining corn was rated 19% poor, 34% average, and 47% good.

Rio Grande do Sul - Farmers had harvested 64% of their corn as of late last week compared to 58% last year and 52% average according to Emater. This represents an advance of 4% for the week. The current statewide corn yield is estimated at 3,428 kg/ha (54.5 bu/ac) which is down 53% from initial expectations.

Brazil's safrinha corn was 94% planted as of late last week compared to 74% last year according to AgRural. This represents an advance of 13% for the week. 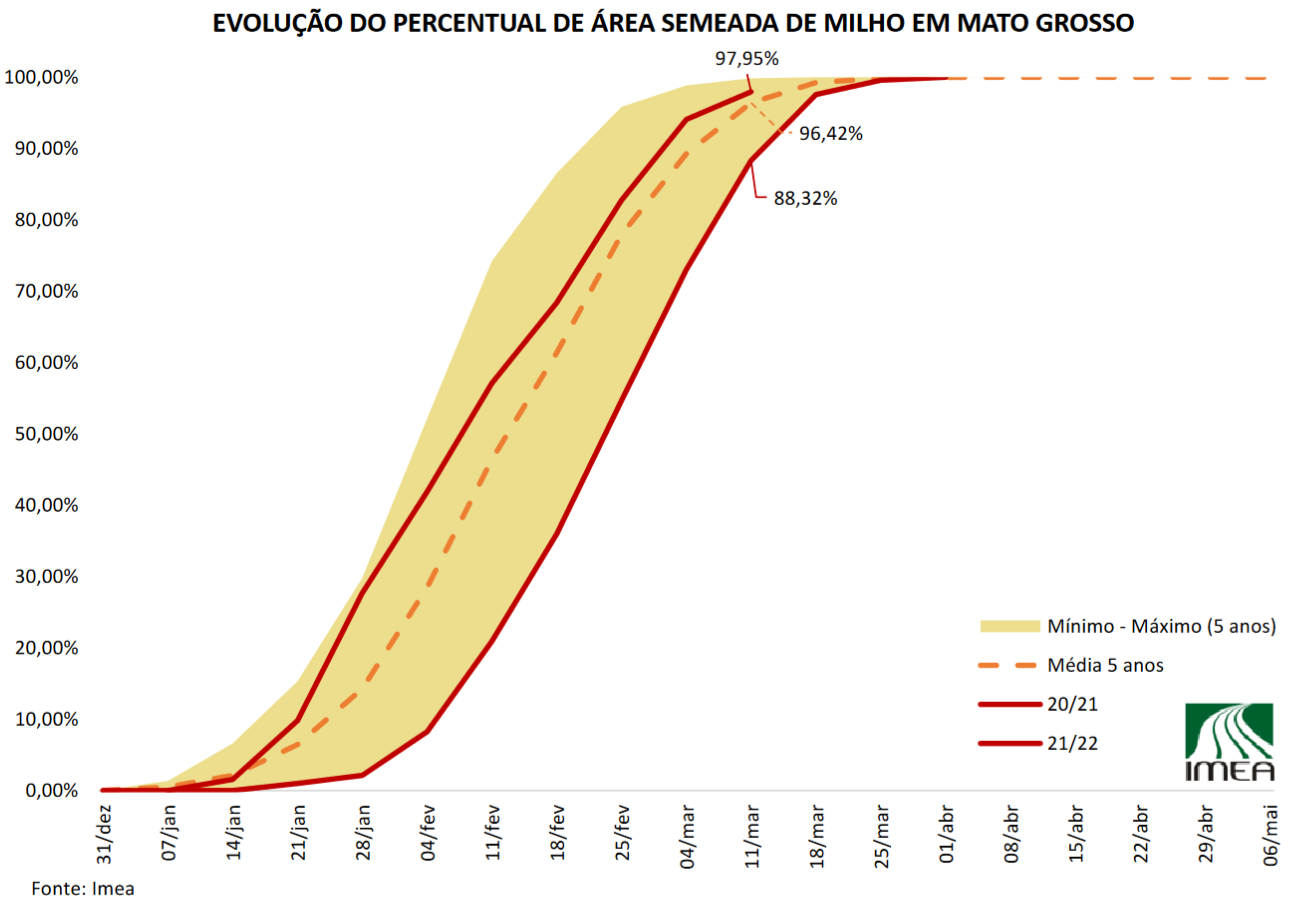 Parana - Farmers in the state had planted 69% of their safrinha corn as of earlier last week. The corn was 31% germinating, 67% in vegetative development, and 2% pollinating. The corn was rated 1% poor, 9% average, and 90% good.

In the municipality of Marechal Candido Rondon in far western Parana, farmers started planting the safrinha corn as early as late December with some of the earlier planted corn now in pre-pollination. The weather has not been ideal for the safrinha corn, but it has been good enough for normal crop development.

Farmers in the municipality increased their safrinha corn acreage by 25% to 30% hoping to make up for losses associated with the poor soybean crop. The safrinha corn yield is expected to be more than 100 sacks per hectare (95 bu/ac). The corn was planted over a 60-day period and the harvest is expected to start at the end of June and conclude in September.

Mato Grosso do Sul - As of ten days ago, farmers in Mato Grosso do Sul had planted 59% of their safrinha corn compared to 32.5% last year and 61.6% average according to the Agriculture and Livestock Federation of Mato Grosso do Sul (Famasul). Dry conditions have made it difficult for some farmers to plant their corn within the ideal planting window.

Famasul estimates that farmers in the state will plant 1.99 million hectares of safrinha corn, which is down 12.6% compared to last year, but they indicated that the corn acreage may end up being larger than currently estimated due to the strong domestic corn price. On the other hand, some farmers may opt to plant a cheaper crop and one that requires less water than corn. During the first week of March, the average price of corn in the state was R$ 87.69 per sack (approximately $7.81 per bushel).

In the municipality of Caarapo in southern Mato Grosso do Sul, the safrinha corn was 60% planted as of last week and the crop needed rain in short order to prevent potential yield losses.

Goias - The weather has been very good for safrinha corn planting and early crop development. The safrinha corn production in the state is estimated at 10.4 million tons which is up 53% compared to last year.