Mato Grosso - The safrinha corn in Mato Grosso was 94% harvested as of late last week compared to 73% last year and 82% average. This represents an advance of 8.7% for the week. The rapid pace of the corn harvesting is worsening the lack of storage space forcing much of the corn to be stored in open-air piles. Below is a graph from the Mato Grosso Institute of Agricultural Economics (Imea) showing the safrinha corn harvest pace (red line). 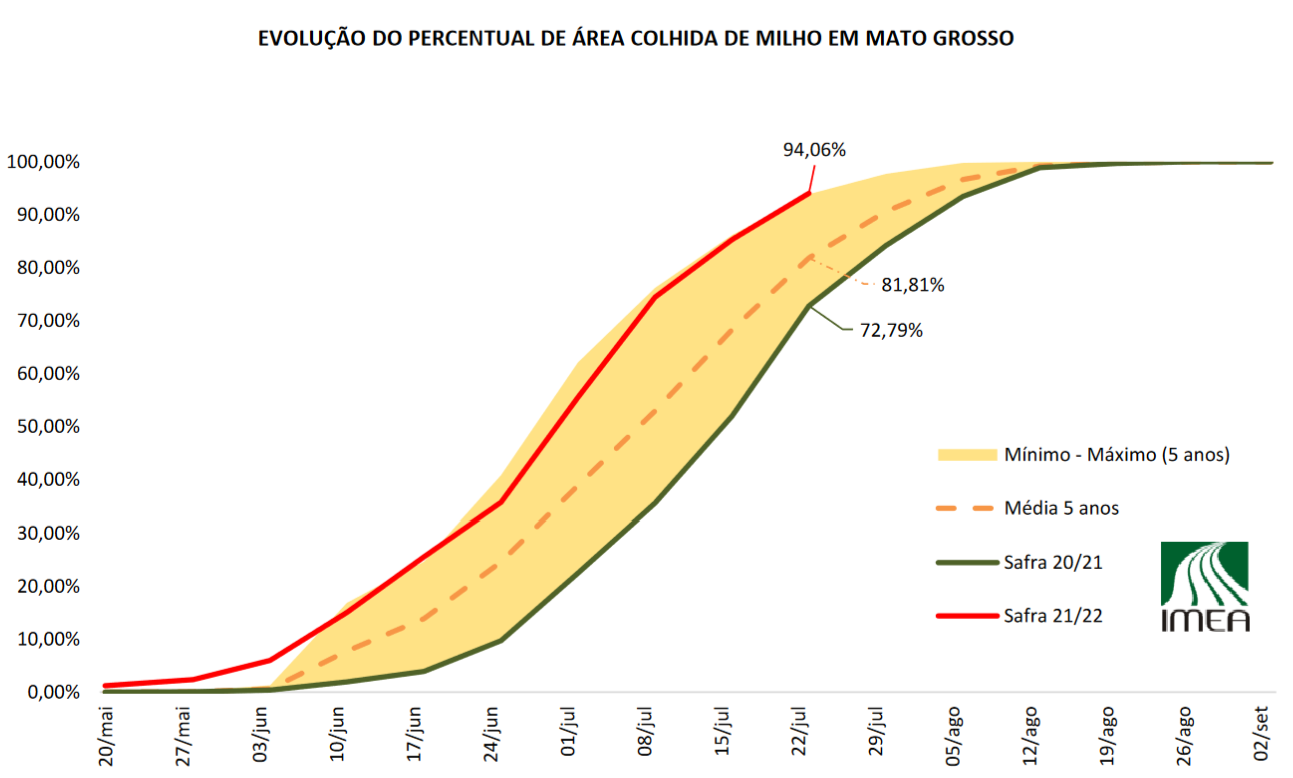 Parana - The safrinha corn in Parana was 30% harvested as of earlier last week according to the Department of Rural Economics (Deral). This represents an advance of 10% for the week. The remaining corn crop is rated 7% poor, 21% average, and 72% good.

Goias - The safrinha corn harvest in Goias is now 60% complete. The Institute for Strengthening Agriculture and Livestock in Goias (Ifag) started the 2021/22 growing season estimating that Goias would produce 11 million tons of soybeans. In their latest estimate, they are now estimating the soybean production at 8.3 million tons, or down 25% from initial expectations.

The lower production is the result of dry weather during April and May and a severe infestation of corn leafhoppers that spread the virus causing corn stunting. Farmers in the state have sold approximately 35% of their corn. They have been slow sellers because of the decline in the corn price that was R$ 80 per sack at the start of the season (approximately $7.00 per bushel) and now it is in the range of R$ 68 per sack (approximately 5.95 per bushel).

Minas Gerais - In the municipality of Paracatu in western Minas Gerais, the safrinha corn was hit by 30 days of dry weather at pollination, which resulted in very disappointing corn yields. According to local farmers, areas that normally would produce 100 to 120 sacks of corn per hectare (95 to 114 bu/ac) ended up with corn yields in the range of 40 to 50 sacks per hectare (38 to 48 bu/ac). Once again, the problem was dry weather and corn leafhoppers.