The soybeans are being planted at a rapid pace, the weather has generally cooperated and the 2022/23 Brazil soybean crop is getting off to a better than average start. The only two concerns are excessive wetness in parts of Parana and Mato Grosso do Sul and dryness in northeastern Brazil. The forecast is calling for dryer weather in southern Brazil and wetter weather in northeastern Brazil, so the weather may improve in both regions.

The 2022/23 Brazil soybeans were 34% planted as of late last week compared to 38% last year and 26% average according to AgRural. This represents an advance of 10% for the week. Planting would have been even more advanced had it not been for wet weather in parts of southern Brazil, notably Parana, Mato Grosso do Sul, and Santa Catarina. Mato Grosso leads the way with 66.9% of the soybeans planted. 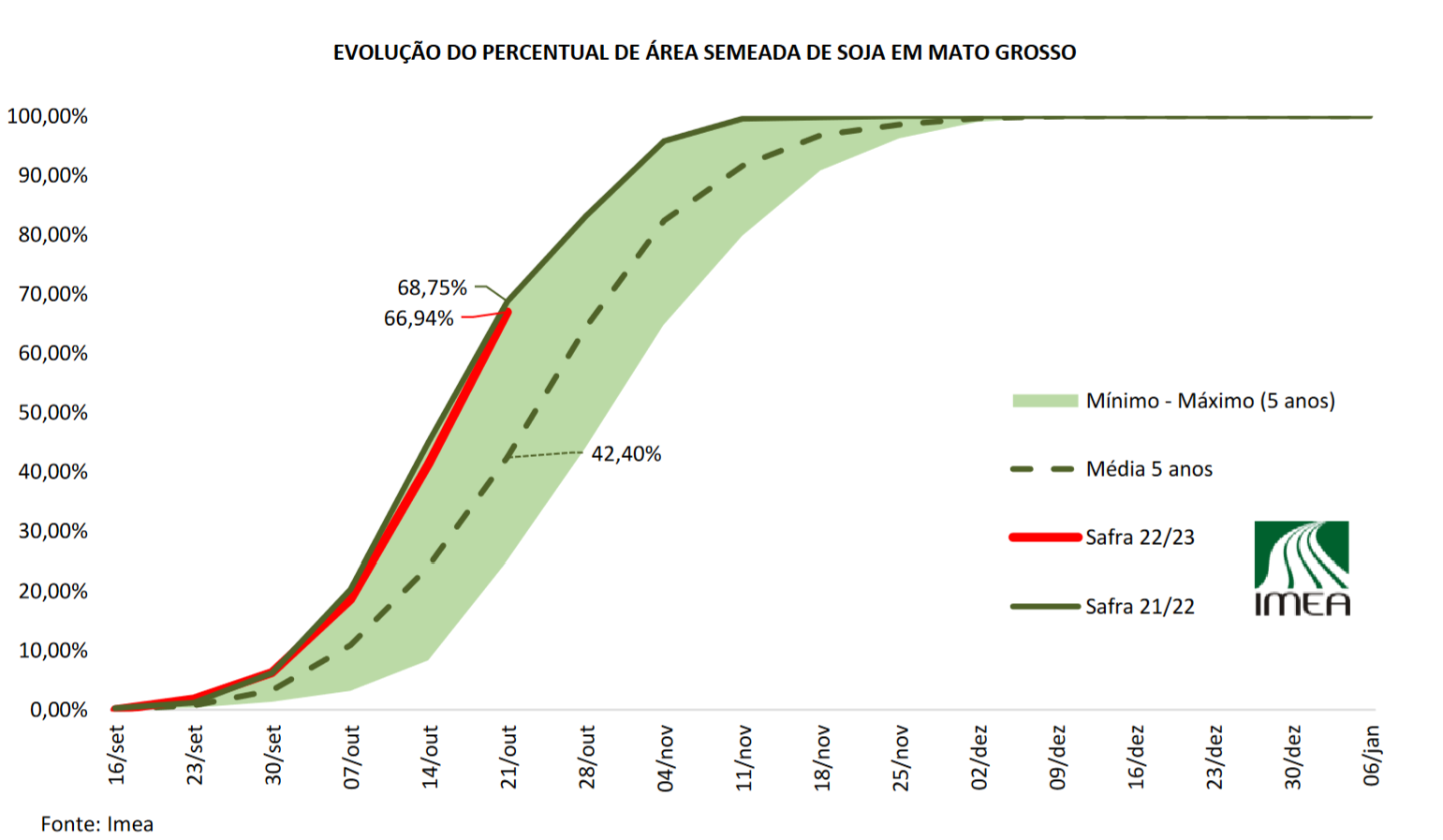 Parana - Cloudy, wet, and cool weather in western and southwestern Parana has slowed soybean planting. The soybeans in Parana were 36% planted as of earlier last week compared to the average of 45 % according to Safras & Mercado. The soybeans were 36% germinating and 64% in vegetative development. The soybeans were rated 2% poor, 3% average, and 95% good.

Mato Grosso do Sul - The soybeans are 29% planted compared the average of 31.4%. Wet weather has slowed the planting in the southern part of the state.

Santa Catarina - Some of the soybeans in western Santa Catarina will need to be replanted due to the excessive rainfall during the first half of October.