Crops in Argentina Continue to Struggle Under Adverse Weather


Recent rains in Argentina have given a temporary reprieve to drought stressed crops, but that may be short lived as hot and dry conditions are forecasted to return to Argentina. The last four months of 2022 in Argentina were the driest in 35 years, about 44% below normal and 34% drier than last year.

The dry weather forced farmers to plant their 2022/23 crops later than normal and farmers are still struggling to complete planting. As of last week, the soybeans in Argentina were 72% planted and the corn was 63% planted.

Farmers who received rain will proceed with planting. Farmers who did not receive rain will probably wait for additional moisture before planting, but time is running out on soybean planting. If additional rain is not received by about January 15th, the soybean planting window will close and the soybean acreage could decline as much as 500,000 hectares from original expectations. 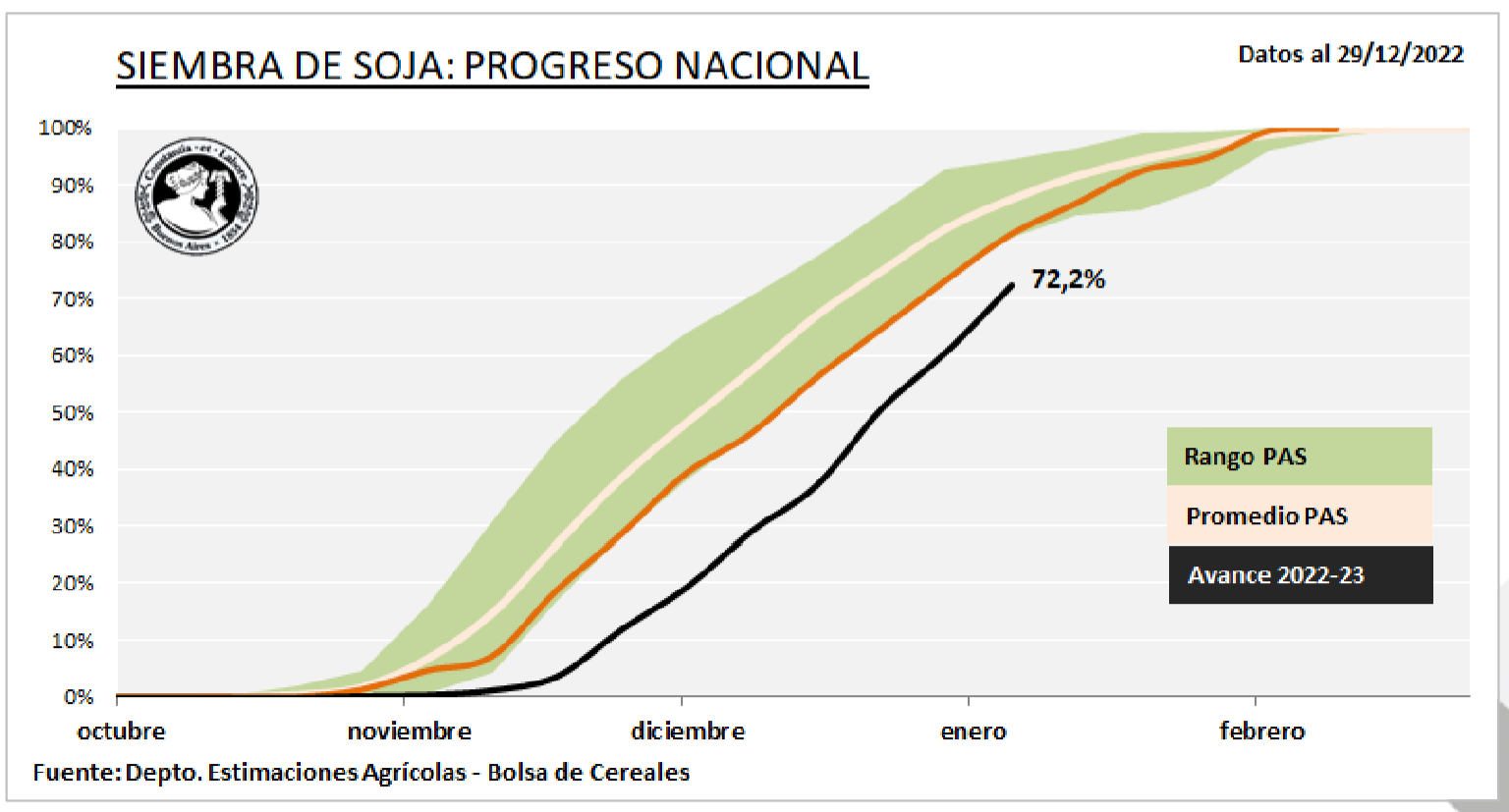 The corn in Argentina was 63% planted as of late last week compared to 70.7% average. This represents an advance of 11% for the week.

Yield potentials for both corn and soybeans are declining each day without rain, but if the weather improves going forward, it will benefit the late planted crops that sill have the entire growing season ahead. Unfortunately, the near-term forecast continues to call for adverse weather.