Scattered rains around New Year's Day offered a brief respite for the crops in Argentina, but since then, the weather has turned problematic. Last week was generally dry and temperatures have turned very hot once again. Limited rainfall is expected this week with temperatures in the upper 90s and lower 100s F (36 to 39 C). The crops will continue to be under moisture stress and the Argentine crops will need rain at least through March

The soybean planting window in Argentina generally closes about the second week of January, but as of late last week, 19% of the soybeans had not been planted due to dry conditions, which equates to a little more than 3 million hectares. There are concerns that not all the double crop soybeans will get planted, especially if it stays dry for another 1-2 weeks. There is also the thought that some of the unplanted soybeans might be switched to corn instead. That would only occur if it started to rain before the end of January and if the long-range forecast called for continued rain into February and beyond. So far, that does not seem to be in the forecast.

In areas of Argentina, as much as 60% of the cropland is rented with rents in the range of 30-33 sacks of soybeans per hectare (26.8-29.8 bu/ac). In the harder hit areas, it is possible that the soybean yields may not be high enough to even pay the rent, much less cover the input costs.

Below is the soybean planting progress in Argentina (black line) from the Buenos Aires Grain Exchange. 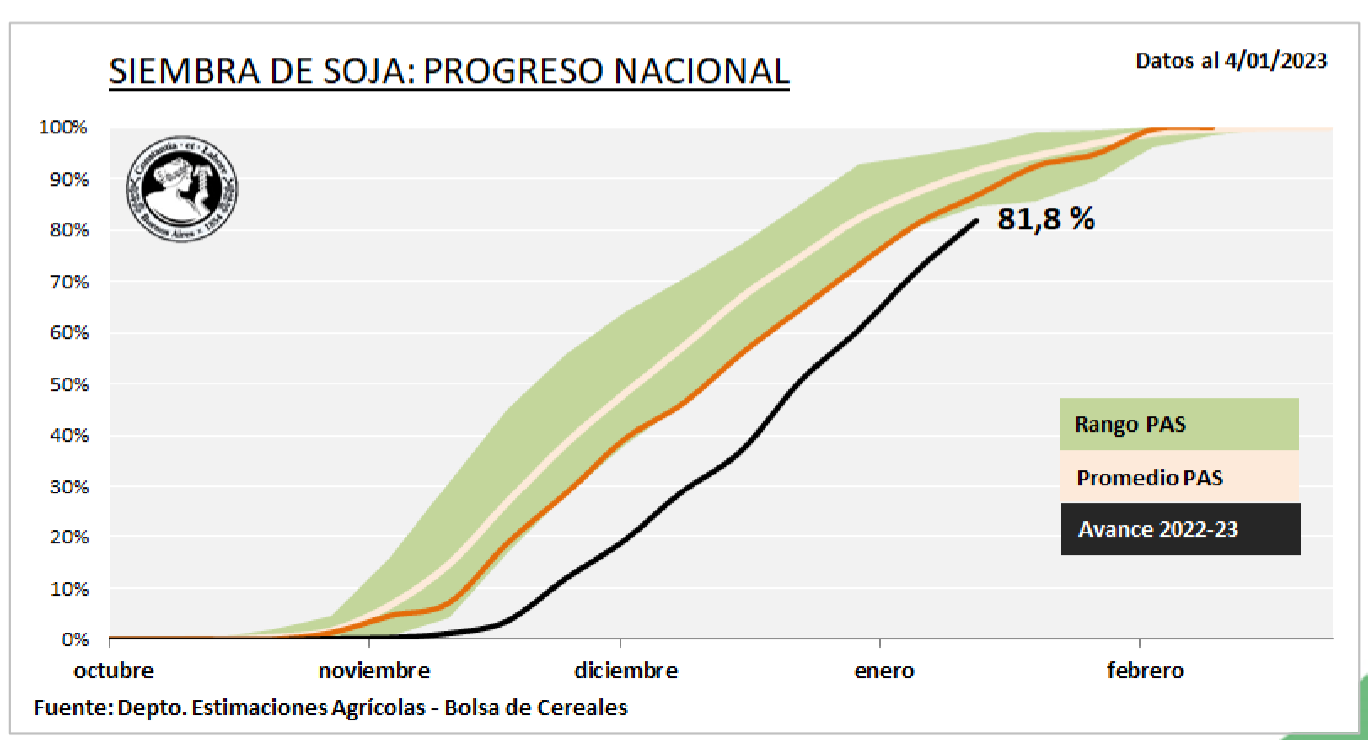