Argentina's soybean estimate was lowered due to a combination of lower yields and lower acreage. The area hardest hit by the hot and dry conditions seems to be eastern Cordoba, central and north-central Santa Fe, and Entre Rios. This is the area closely monitored by the Rosario Grain Exchange and they estimated last week that soybean yields in this region could be down as much as 45%.

The forecast for Argentina is calling for scattered showers this week with warmer-than-normal temperatures.

The 2022/23 soybeans in Argentina were 89% planted as of late last week compared to 97.5% last year and 97.1% average. This represented an advance of 7.3% for the week. That means there are still about 1.8 million hectares of soybeans left to plant and it is estimated that as much as 500,000 hectares of soybeans may not get planted. Farmers have been advised not to plant soybeans after January 15th, but farmers might still plant some of their soybeans if they received a significant rain (1-2 inches) this week or next week.

The Buenos Aires Grain Exchange lowered their soybean estimate 7 million tons to 41.0 million and they warned that the worst-case scenario could be as low as 35.5 million tons. They also indicated that approximately 500,000 hectares of soybeans may not get planted. The Rosario Exchange is even more pessimistic and they lowered their soybean estimate to 37.0 million tons , down from their previous forecast of 49 million. The satellite company, EarthDaily Analytics, is estimating the Argentina soybean crop at 36.9 million tons.

Below is the soybean condition rating in Argentina from the Buenos Aires Grain Exchange for January 12, 2023. 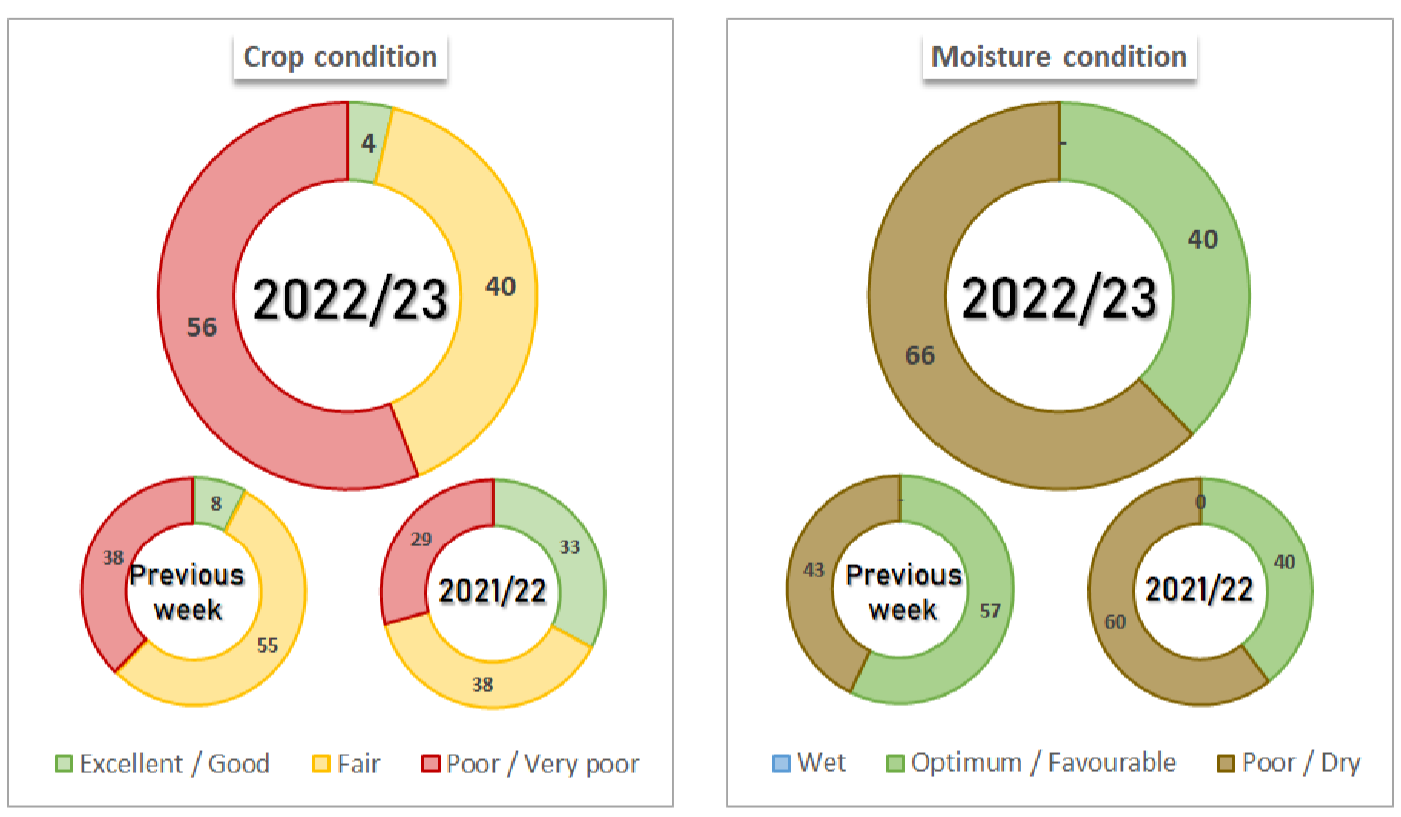 There are reports that crushers in Argentina will be importing soybeans from Brazil, Paraguay, and Uruguay so they can keep their operations functioning and meet their commitments for soybean meal and soybean oil.